Divorce must be difficult for kids. I’m fortunate in that my parents have always been happily married and both my brother and I were never faced with the possibility of our parents living in different homes. That said, it’s a very common thing and I’m sure it takes its toll on everyone involved. Writer/Director Noah Baumbach crafted this story and it’s a semi-autobiographical screenplay that gives us a bit of insight into the life of a once happy family that’s going through the divorce process. This was to be his third film after his critically-acclaimed Kicking and Screaming in 1995. Baumbach earned an Academy Award nomination for his original screenplay for this film, though he ultimately lost to the Best Picture winner Crash. And though I’m pretty far removed from the jacket-wearing, beard clad elitist writer that Jeff Daniels plays, I can only imagine what it must have been like growing up in that household.

Jeff Daniels plays Bernard Berkman, a once been author who is waiting for his next novel to be published. He’s arrogant, condescending, competitive and judgmental. Wife Joan (Laura Linney) has just about had enough of his antics and, unbeknownst to Bernard, has been having an affair on him for the last few years. That time eventually comes when the couple split and in an effort to make the transition more comfortable to their kids: Walt (Jesse Eisenberg) and Frank (Owen Kline), a custody schedule is created. Walt idolizes his father and chastises his mother for her transgressions. Frank, on the other hand, takes things a lot more personally and begins to experiment with alcohol and public masturbation. As the divorce progresses, we see sides chosen and the parents using their kids in manipulation tactics that make one’s skin crawl. Walt is starting to date and Bernard brings on a student who has no home of her own. To say this nuclear family is falling apart is a bit of an understatement.

The film essentially concentrates on the four main characters, though the supporting roles by William Baldwin and Anna Paquin do help. Owen Kline (son of actors Phoebe Cates and Kevin Kline) puts in a great performance and we do get a glimpse of a young Jesse Eisenberg who has become quite the star in his own right. Daniels fought for the part, even beating out an “A” lister, but ironically it’s the always reliable Laura Linney who turns in the weakest performance. There’s a lot going on in this film and for children of divorce, I can imagine some of this might hit close to home. I will say that it was a bit odd seeing Daniels’ character have a romantic relationship with Anna Paquin’s. Why? Daniels played her father in 1996’s Fly Away Home. Food for thought. Fans of Woody Allen and Wes Anderson (who served as the film’s producer) will no doubt gobble this one up and with good reason – it’s a great film.

Criterion has created a new 4K transfer for this film which has seen two different incarnations on DVD in the past. The first was from Sony and the second from Mill Creek with both leaving a lot to be desired visually. This new 1.85:1 AVC HD image, while not the best of Criterion’s transfers, has improved the image quality by leaps and bounds. The film was originally shot on 16mm so anything with that “source” likely won’t end up looking as good as some other, higher-budget films. Still, while not bursting with color, the image has a very subtle color palette, good depth and I found the detail pretty darn good. This is a low budget film in every sense of the word, so I’d have to imagine that Criterion has done the absolute best job they could with it. No complaints here, yes other films look better, but considering where this one came from it’s top notch.

I’m going to lump Noah Baumbach films in line with Woody Allen’s films. Why? Allen’s films have only now started to receive some DTS HD Master Audio soundtracks, but they’re still – by and large – mono tracks. The Squid and the Whale isn’t exactly mono, but aside from Pink Floyd tunes, it’s not the most dynamic track out there. Then again, it’s not supposed to be. Vocals are crisp and clean, Daniels’ deep voice resonates through the center channel and Eisenberg’s trademark “stuttering” (for lack of a better word) epitomize the actor’s vocal range. Surrounds are used very sparingly and while I didn’t find this disappointing, it’s simply not a film to showcase the limits of your system. It’s a nice, passable track that has some good moments and certainly an upgrade from previous editions.

Noah Baumbach fans, you know who you are. The Squid and the Whale has never looked or sounded better thanks in no small part to Criterion’s efforts. The movie is probably his most commercially successful and features outstanding performances by the lead four actors. It’s yet another testament to Criterion’s dedication to their craft and an interesting film to boot. 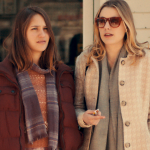 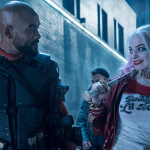