Jerry Warriner (Cary Grant) and his wife Lucy (Irene Dunne) had a mostly happy marriage, but doubts about loyalty have caused a rift. Both had suspicions about potential fidelity lapses, which lead to the decision to pursue a divorce. As they head toward the final parting, the main issue is custody of Mr. Smith, the couple’s canine companion. As it turns out, Lucy is allowed to keep Mr. Smith, but Jerry has been given visitation rights. Before the divorce has even been finalized, both also find themselves in new relationships and in each case, things have moved fast enough to cause some concern from the other side. Lucy has met Daniel Leeson (Ralph Bellamy), a wealthy, but dull country bumpkin and even become engaged, which sparks something within Jerry. But it leads to his own engagement to Barbara Vance (Molly Lamont), a sophisticated and aristocratic young woman. As time passes, both do whatever they can to sabotage the other’s engagement, including impersonating relatives and abusing visitation rights to Mr. Smith. Somewhere in all this mess, Jerry realizes that he wants to get back together with Lucy, but knowing these two, even true love won’t make things that simple…

Cary Grant almost didn’t take this role, as he didn’t think the movie could work well, but of course, his presence is one of the main reasons it worked. Grant and his costars, mainly Irene Dunne and Ralph Bellamy, dish out some excellent performances and whenever the material wanes a little, they’re able to pick up the slack and maintain balance. And while the dialogue is well crafted in The Awful Truth, the real reason for its success it how it is delivered. This kind of material needs two stars with great chemistry, ones that can go back and forth with immense skill. As much as like this movie, I do think it is carried by several individual scenes. A few sequences are simply magical, scenes where all the elements are executed to sheer perfection. But then others seem flat and ineffective, so there’s a certain inconsistent texture in that respect. But this is a solid, very entertaining romantic comedy, if just for the wonderful performances.

Although he had an almost endless string of great performances and is known as one of the greatest movie stars of all time, Cary Grant was only nominated for two Oscars and won none, unless you count his “honorary” award. That’s a shocking fact to be sure, since Grant was so popular and had so many excellent efforts. In movies these days, we have movie stars and then we have actors, guys like Russell Crowe and Ben Affleck carry the movie star banner, while folks like Ed Harris and Robert Duvall fall into the actors range, but when it comes time for the Oscars, the voters seem to love to go with the movie stars. The actors get nominated of course, but the mainstream (i.e. Mirimax) stuff tends to win over the real award level projects. So its odd that Grant never won a normal Oscar, since he was a major draw with audiences and was well liked by critics, a top notch all around performer. As shown here in and in numerous other movies, Grant could handle comic material with ease, in addition to more dramatic works.

The Awful Truth has been given the loving treatment by Criterion which far exceeds the quality on the old Columbia DVD. The following information is from the booklet that accompanies the disc:

This new digital restoration was undertaken by Sony Pictures Entertainment from from a transfer created in 4K resolution on an Oxberry wet-gate film scanner at Cineric in New York. Because the 35mm original camera negative of The Awful Truth is lost, a 1943 nitrate duplicate negative was used for the majority of the restoration, along with a nitrate print held by the UCLA Film & Television Archive. A nitrate fine-grain was used for a handful of frames that were either missing or irreparably damaged in the two primary sources. Additional cleanup was done by Prasad Group in Chennai, India.

That said, it’s consistent with Criterion’s other releases and certainly most all the signs of dirt, debris, grain and other nuances have been taken care of. Contrast is highly improved as well. The black and white film’s seem to benefit a bit more than the color films in my humble opinion. This now sports a more movie-like “sheen” and really is up to par. Fans of the film will rejoice at Criterion’s visual efforts.

This is a mono track from 1937, so you can’t expect much, but this manages to provide a clean & proper soundtrack. The sound effects come through well, even minor background detail is evident and that adds a lot to the impact of the audio. The music is in fine form and sounds as good as mono can, but that means not much range is used and that’s a shame. I found the dialogue to be a little harsh at times, but not too much and the overall clarity is fantastic. This isn’t the best mono track I’ve heard, but this is more than adequate.

Cary Grant was at his peak in the late 30’s/early 40’s with such hits as Bringing Up Baby, The Philadelphia Story, The Awful Truth and His Girl Friday (all are available on Criterion Blu-ray). Sporting classic Hollywood good looks and his personal life aside, there’ll never be another one like him. It’s about time this film got the treatment it deserves and it was worth the wait. 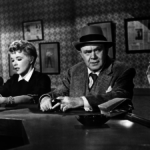 While the City Sleeps (Blu-ray)
Next Article 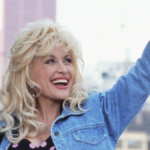