Lady Snowblood and Lady Snowblood: Love Song Of Vengeance are films based upon a popular manga series by the legendary writer Kasuo Koike (most famous for Lone Wolf and Cub which was also adapted as Shogun Assassin.) The first film, Lady Snowblood, tells the story of a Yuki Kashima (the dynamite Meiko Kaji,) born to a mother in a prison cell, that inherits the vengeance that her mother passes on to her. Essentially, the time period is the late eighteen hundreds. Some ruthless thieves kill her father and brother before she is born. Her mother mills one of the four men and is sent to prison. In hopes of exacting her vengeance she sleeps with the guards until she can conceive, so that the child can be taken from the prison and raised to avenge her. She is raised by a Buddhist priest who toughens her up and unleashes her on her remaining enemies.

The second film, Lady Snowblood: Love Song of Vengeance picks up after the actions in the first film, and finds Lady Snowblood embroiled in politics at the beginning of the twentieth century. She is tasked to spy on an anarchist for her freedom after being captured. Upon meeting the anarchist, she begins to detest the men who set her free.

Both films are directed by Toshiya Fujita and starring the fantastic Meiko Kaji, but in my opinion only one of the films is worth your time. The first film is incredible. It is easily one of my favorite films that I have seen this year. The heroine is cool as hell and the film is as blood soaked an adventure as you can watch. It is also gorgeous to behold, with beautiful fight scenes that inspired some of the best scenes in Tarantino’s Kill Bill series. I can not speak highly enough about how this movie. I loved every last scenes in the film. Fujita did an excellent job on the overall mise en scene, and I will be rewatching this film on an annual basis.

The second film does not hold a candle to the first. It is not as breathtakingly bloody and violent (minus the last ten minutes which are pretty enjoyable,) and it lacks the precision that marked the first film. The plot is a bit boring and nothing quite seems to come together. I still had to see this film after watching the first, but after the end of the first film this seemed absolutely unnecessary.

At the end of the day, I am glad that I saw both films, but Lady Snowblood is the only one i will recommend to my friends. It is absolutely a joy to behold and one of the best films I have watched all year.

Both films are presented in an aspect ratio of 2.37:1, encoded with MPEG-4 AVC and granted 1080p transfers. The results are for the most part fantastic. These films are not going to rank up there with a Criterion release of a more recent film, or some of their black and white films. In the spectrum of Criterion releases that fit the bill, this is more impressive than their work on the Samurai Trilogy and maybe even more impressive than Tokyo Drifter, but not as impressive as their work on Badlands. This means that the age of the film will be a bit more apparent. Certain scenes, such as the opening fight scene and closing fight scenes in the snow, are some of the best that Criterion has transferred to date, but some scenes have skin tones that do not fit. Occasionally the picture can be a but soft, but this is more representative of how the film was shot (similar to Altman’s The Long Goodbye, in this respect.) Overall, I was very pleased and occasionally blown away, but adjust your expectations accordingly.

The audio on this release is of fairly high quality. Both films have unique scores, with the first feature having a more memorable score that Quentin Tarantino actually borrowed from for his first Kill Bill film. Obviously, surrounds are non-existent and this is a center speaker affair with a Japanese LPCM Mono track, but it still can sound quite good. The scene at the masquerade ball at the end of the first film in particular benefits from the transfer. Solid work by Criterion, and another example of why they are leading the charge in film preservation.

The Complete Lady Snowblood is a great example of why I love the Criterion collection, and why I enjoy watching films. This collection of films represents a bargain, because you receive the highest quality version of a classic film and its sequel that you would have been curious about for the rest of your life. Even though the first film is the only one that I can highly recommend, it is great to see both in such great quality. I loved Lady Snowblood so much, that I had to give this a high score, based on that film alone. The supplements are short, but worthy of your time. The second film is a bit boring (minus a few great scenes and excellent final ten minutes.) I highly recommend buying this collection based on the strength of the first film. It is truly fantastic and one of a kind. 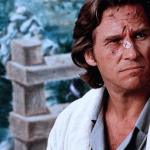 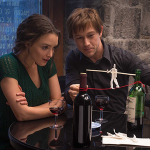