The Double Life of Veronique was the first film that acclaimed Polish director Krzysztof Kieslowski made outside of Poland. This was the beginning of the last part of his career where he went on to direct the Three Colors trilogy before he sadly passed away at the age of fifty six during a heart operation. I am currently working my way through as many of his films as I can get my hand on, but as I write this I have only seen his film Three Colors: Red aside from this film. From just having seen these two films I can already affirm what many other art house fans already knew: the world suffered a great loss when he died. Watching his films one can not help but think of much bigger issues than are typically conveyed on film. Once I finish watching the rest of the Three Colors trilogy I plan on reviewing them for the site, but I thought it would be more fitting to begin chronologically and work my way towards Red.

The Double Life of Veronique is a strange but extremely compelling ride. (Warning: This paragraph contains spoilers, because it would be impossible to discuss without them. Skip to the next paragraph to get my synopsis.) The movie begins with two images: both are at Christmas time and both seem to be the same girl wearing different clothes in different houses with one mother speaking in English and one mother speaking in Polish to the girls. As the film progresses this makes more sense. The movie begins by focusing on Weronika (played by Irene Jacob,) a beautiful dark haired choir girl who lives in Poland. Weronika is gifted with a beautiful and unique voice and is a sensual creature taking joy in natural things like rain or light. She also has a boyfriend that she sleeps with but has trouble committing herself to him. As she goes through her days she notices a minor heart attack that may be triggered from her rigorous voice training. Despite the warning she presses on and his hired to sing with a full orchestra. While walking through her city she passes by a group of protesters and sees what appears to be her exact doppelgänger on a tour bus taking photos. This confuses her but she continues to go about her usual affairs. During her big performance with the orchestra she hits her notes, but suffers a massive heart attack that kills her on the spot. As the dirt buries her coffin the camera then cuts to Veronique (also played by Irene Jacob) in the midst of a sexual encounter. She can’t explain it, but somehow she knows that some part of her has passed out of this world. She makes changes to her life accordingly by leaving her boyfriend and quitting her vocal lessons. One day upon entering her class where she teaches music she meets a puppeteer. She feels a connection to him while watching his act. The puppeteer leads her closer to him by sending her clues in the mail to find him.

If the plot seems complicated, try not to worry too much about it. Kieslowski tries to make his films about a certain mood or feeling. In this film, the whole idea is that one person may be connected to another person in the world – whether it is romantically linked or spiritually linked. It is a very interesting film and one that I enjoyed watching both times this week. Irene Jacob is absolutely beautiful and does a wonderful job in the film. The score is excellent throughout the film and Kieslowski’s direction is without fault. The movie is intentionally a bit ambiguous and left open ended, but that works in the film’s favor and actually adds to the appeal of revisiting it again. Kieslowski is quickly becoming one of my new favorite directors and I plan to see all of his work as I can find the time.

Kubrick shared my opinion of Kieslowski and considered his work to be some of the finest in cinema. I highly recommend checking out his work.

This is an excellent transfer from Criterion. They gave the film the treatment it deserved. Color reproduction, clarity, and depth are all excellent. Fine detail borders on incredible. Criterion gets a full standing ovation for their job here. Colors really pop thanks to the golden look they were attempting and Kieslowski’s eye for imagery is amazing. The cinematographer of the film, Slawomir Idziak, went on to be the cinematographer for Ridley Scott on Black Hawk Down and his work here is of very high quality.

Similar to the video, this French/Polish DTS-HD Master Audio 2.0 track is very high quality. There is nothing bad to report whatsoever in this department although dynamic range is limited as you would expect. Kieslowski’s works are not extremely bombastic and use silence to their advantage. I did not detect any hiss whatsoever and the score by Zbigniew Preisner is excellent for setting the eerie mood of the film.

Factory (1970) – Kieslowski shot his film after graduating from the Lodz School. Out of the documentaries included this one was the least interesting to me. This focuses on workers in a factory. (19 min, 1080i).

Hospital (1976) – This was the best of the three documentaries although I don’t think I could watch it more than once. This focuses on the doctors and nurses in a Polish hospital. Over worked and without the tools needed the film can be a little brutal. This In Polish, with optional English subtitles. (22 min, 1080i).

Railway Station (1980) – Focuses on a railway station and people’s difficulties there while being surveillanced. This was the most open attempt to show Polish problems under communism out of the three films. In Polish, with optional English subtitles. (14 min, 1080i).

The Double Life of Veronique is a highly intelligent and perplexing film. It leaves the viewer thinking about it well after the credits roll. I debated on whether or not to give a perfect score to the film and after seeing the amazing amount of supplementary material included on the Blu-ray it became a no brainer. For the price of one Blu-ray you receive the film, four short films, two documentaries, and several interviews and an excellent commentary track. This is easily one of Criterion’s most jam packed disks. Highly Recommended. 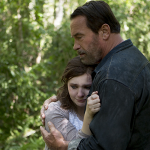 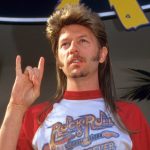