Thinking of Adam Sandler, a lot comes to mind. I remember watching him as a SNL cast member back when I was in high school and college, but to me he really came into his own after he left the show (or was “fired” depending on your point of view). Films like Billy Madison and Happy Gilmore rank among my favorites and I watch each at least once a year. What can I say, I’m an Adam Sandler fan…of his films in the mid-90’s. Sandler went mainstream after the success of those two films and though I wanted to like some of his future endeavors, most fell flat. Then, in 2002, he teamed with Paul Thomas Anderson in Punch Drunk Love. It was a revelation. He can act! He showed this again in films like Spanglish and Funny People and as of late has turned to animation with movies like Hotel Transylvania. So it with a bit of trepidation that I watched Uncut Gems. I’d heard good things and I was hoping to see the “dramatic” Sandler. And…that’s what we get.

Sandler plays Howard Ratner, a jeweler in New York who specializes in selling to pop culture icons, professional athletes and the like. Set in 2012, he’s been working for the last 17 months to get his hand on a rare black opal from Africa. His plan is to sell it off for a million dollars and this would help alleviate his debt and keep the debtors (in the form of tough guy goons) off his back. His associate, Demany (Lakeith Stanfield) brings NBA star Kevin Garnett (who plays himself) and he’s got an instant attraction to the stone. Garnett gives Howard his championship ring as collateral and, thinking that Garnett will have the game of his life, Howard pawns it and makes a few bets. Things go from bad to worse.

I’ve read where this film plays out like a two hour panic attack. And, honestly, that’s a valid way to describe it. I’ve had panic attacks and they’re no fun. And Sandler’s character in the film doesn’t seem to be having fun. He doesn’t have a lot of redeeming qualities: he cheats on his wife, lies to his family and constantly breaks the law. Yet somehow we find a way to root for him. The one bright spot in his life is his employee (who he’s having an affair with) who really loves him. He casts her out. There’s so much going on in his life and the film that I think it requires a second viewing. It’s fast-paced, things happen, people get hit and people get hurt. This is the kind of film that doesn’t come around very much and certainly one that gets a performance like this out of Adam Sandler. It’s a polarizing film, to be sure, but one that begs to be seen.

I found this a rather peculiar choice to be in Criterion’s first wave of 4K titles (the others being Mulholland Dr., Menace II Society and a little flick called Citizen Kane). Still, with the movie being nearly new, there was an opportunity to showcase what a new-to-the-format film could look like with some added resolution and HDR. And, it does improve on the original (the Blu-ray is included here as well, though I compared it to my “old” Lionsgate one as well). There are scenes at a nightclub, inside schools and everywhere in between. Flesh tones have a baked appearance and the overhead lighting gives the actors those shadows under their eyes. Clearly, pun fully intended, this wasn’t intended to look its best. It’s also what gives the film a harsh sense of reality. The main draw are the black levels. It’s a dark movie and it’s not shot in a manner that’ll ever look like it’s crystal clear and clean. But the addition of HDR and increased detail and resolution help this movie look the best it has (and likely ever will).

Another technical upgrade is the inclusion of a Dolby Atmos track. I found the previously-released DTS HD Master Audio track to serve its purpose, but this Atmos track, as expected, dials it up a notch. Cars on the street, horns honking and tons of overlapping dialogue. If I didn’t know better, I’d think this was a Robert Altman film. Vocals are sometimes a bit muffled, though like the video presentation, this is done for effect and gives the viewer a more realistic sense and puts you right in the middle of the action. A scene at a nightclub probably takes the highlight as the best the film has to offer and it sounds that much better in Atmos.

The real draw with this edition would be the addition of Criterion supplements. The previously-released Blu-ray only had one featurette. The Criterion disc makes up for that. There’s a lot to cover, so let’s get started.

Adam Sandler is a talented performer, no doubt about it. He can occasionally show us that he’s got what it takes to be a dramatic actor, though given his history – if it ain’t broke…Uncut Gems is a tense film that manages to keep the viewer entertained for its robust 135 minute running time. It’s got a unique look and feel to it and this Criterion edition ups the ante with improved audio, video and adds a wealth of supplements. If you’re a fan, there’s no reason not to have this in your collection. 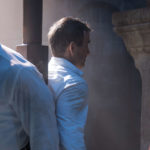 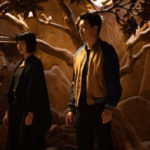