In my review of The Umbrellas of Cherbourg I mentioned that I am not the biggest fan of musicals. Coming off  watching that film and realizing that the next three films would be either musical or fantasy, I was a bit worried as those are my two least favorite genres. Then I popped in The Young Girls of Rochefort and was absolutely stunned.

The film follows numerous characters in the town of Rochefort as they stumble into each other’s lives. There is a fair that has arrived in town with two smooth talking carnies (George Chakiris and Grover Dale.) They stumble upon a cafe where they meet Yvonne Garnier (Danielle Darrieux.) She has two daughters and a young son named Boubou. The men leave to grab Boubou and meet Delphine Garnier (Katherine Deneuvre.) She blows them off so they plan to meet her there the next day. The next day her sister, Solange (Francoise Dorleac) goes to pick up Boubou and meets the two boys. Both sisters dream of leaving Rochefort to try their hand in show business in Paris. Solange is a pianist and Delphine is a dancer. They befriend the two carnies and agree to put on a show. Meanwhile, Solange meets a composer (Gene Kelly) by chance and falls in love, while Delphine breaks up with her art dealer boyfriend to seek out a young sailor (Jacques Perrin) who has drawn her portrait.

As you can tell,  the plot is similar to a Shakespearean Much Ado About Nothing romance. Characters will collide until they find their partners. What separates this film from other musicals is how much effort Demy put into every detail in working with his long term set designer Bernard Evein. The film is a joy to behold. Every corner of the city was repainted in beautiful pastel colors and there is always something happening in every corner of every frame. It is almost indecent to describe what should only be seen. This was the best looking of any Demy film. The acting is great, with Catherine Deneuvre and Gene Kelly stealing every scene they touch. On top of that, the music by Michel Legrand’s is excellent. Unlike The Umbrellas of Cherbourg, this film has dialogue between the songs, which I find a bit more comfortable. I was  shocked to find how much I enjoyed the film. The only sad bit is that the young actress who played Solange would die just months after filming in an accident.

Wow. This 4K transfer is incredible. The colors burst off the screen and fine detail is some of the best I have seen on any Blu-Ray release. This is the best looking of the releases in this collection, and looks as good as more recent films by Wes Anderson. Get ready to be absolutely blown away by this transfer. Bernard Evein’s set design deserved to be seen on Blu-Ray.

The Young Girls of Rochefort has an extremely solid DTS-HD 5.1 surround track. They did an excellent job of transferring from the original recordings made of Michel Legrand’s music. There is not a lot of directionality from what is seen on screen, but the track allows the music to really breathe and fill a room. Beautifully realized.

The Young Girls of Rochefort is one of Demy’s most treasured films and inspired directors as varied as Jay Roach and Spike Jonez. I am not the world’s biggest fan of musicals, but this one is pretty dang great. Criterion have provided fantastic transfers of the audio and video and have included a full-length documentary to round out the picture. For my money, I still like Bay of Angels and Lola better, but this is definitely one of the best musicals I have ever seen. If you are looking to get more bang for your buck, you should purchase the box set that includes all of the essential Demy films. 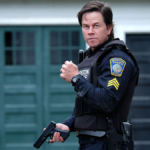 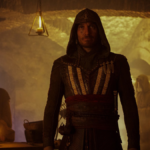