There are many places the song Try A Little Tenderness can be heard. It can be on a random oldies station at a remote time of night. It can also be heard sung very soulfully and passionately by the group immortalized by a film known as The Commitments. Aside from the occasional karaoke night, there is one place that the song can be heard at it’s most unique and an “oh, how interesting” moment. It’s at the beginning of what would be one of many masterpieces by director Stanley Kubrick telling the tale of an accident that could lead a big bang with some laughs in between and one of the main characters fills out the title that speaks for itself, Dr. Strangelove or: How I Stopped Worrying and Love The Bomb.

Once upon a time, there was an air force base that professed that Peace is our profession. Commander Jack D. Ripper (Sterling Hayden) dares to think differently. One night he lets Group Captain Lionel Mandrake in on something. It seems that Ripper orders a flight of bombers to blast Russia and seals off his base to see that they never return. From this order given to the world, reactions differ from being told the confirmation switching a helmet for a cowboy hat as Major Kong (Slim Pickens) does to go ” nuclear combat toe to toe with the Russkies”. Buck Turgidsen (George C. Scott) a shaky general wants to be back to have fun with his lover but is given the breakdown from his superior, the President of the United States (Peter Sellers) amongst the Pentagon War Room where talks are being made to prevent the inevitable from happening as to where a scientist named Dr. Strangelove (Peter Sellers) seated amongst the War Room round table, has other suggestions as to how to look at this new course of action.

The course of action in Strangelove is taken with the best of news and has the good sense to mix humor and drama in the best possible way. From the motives that Jack D. Ripper goes through for his madness to the chances on how the country can survive from Buck Turgidsen’s mouth, there are laughs to be had especially any involving Peter Sellers.

Here he gives a landmark performance playing three characters all different and all with their own motives. As the President he plays him sniffling but serious not wanting to go down in history for giving such a sinister order on top of which telling the leader of Russia of someone going “funny in the head”, as Mandrake he plays along with the madness but does whatever he can to one up the madness of Jack D. Ripper, and as Dr. Strangelove Sellers plays into a German who makes a suggestion with a subconscious allegance to the 3rd Reich from his wheelchair. All are played with the comic timing and reaction as well as three accents that suit each character well.

The rest of the cast fares very well in Kubrick’s direction with George C. Scott as his wildest as Buck who even with crisis can find time for an incoming phone call from his lover. It between it all, he comes up with manic estimations and wild explanation how everything can be resolved. The ensemble gives solid support along with Sterling Hayden taking his time as Ripper, the voice of doom and Slim Pickens giving another unique characterization as Major Kong, ready for battle and will do anything to get in the middle no matter how their voice of communication is cut off.

The touch of black and white matches the effect of the material combining manic comic elements with the most subtle touches and also with the scary thought that it could actually be possible to take such a level of override that the chance that can be had can be see with some laughs at the same time. Only a director like Stanley Kubrick can get away with the combination and the thought that it actually could be funny in between what is essentially armageddon of the most miscalculated kind.

Dr. Strangelove has a lot of laughs to be had and is a helluva ride even if the audience stopped worrying and loved the bomb.

In its third incarnation of Dr. Strangelove on DVD, the film is finally given an aspect ratio anamorphically of 1.66:1 though it looks a helluva lot like 1.85:1. Nevertheless, it finally has a cinematic look that isn’t mistaken for a black and white television show. The transfer itself is well remastered but has a few specks here and there and the remastering provides some needed help in the film. It looks better than both of the transfers that has preceded it along with the look of a black and white documentary that accidentally got this footage in between to show how a country is run.

The Dolby Digital 5.1 track does provide some oomph during one of the big bangs with the bomber in the sky and Try A Little Tenderness comes out nicely within the outer channels but there is a bit of muteness remaining in this track which comes from the limitations at the time of the sound not being of today’s standards but overall the dialogue comes out clear in the middle channels as well as most of the activity throughout the film and the war room echoes in the outer channels are decent but not much of a “you are there” effect. This disc also has a DTS 5.1 track (which fares equally), and an English and French Monural track along with English, French, Korean, Chinese and Thai subtitles.

While the previous release was a single disc and provided a nice helping of extras, this is a two disc affair with only the film occupying the first disc leaving the second disc for the extras. The menus on both suggest a reaction to early marketers of the film that they needed something more than the drawing (which was the cover of the previous edition of the film) to speak to a broader audience and that piece of advice is here on both discs on the menus but without some of the quotes from the film or the special easter egg.

What does carry over from the previous release is the great Inside Dr. Strangelove going into the production from the surviving members of the cast and crew and relatives giving an informal look at the making of the film The Art of Stanley Kubrick which is mostly an abbreviated look at the work he had done before and up to Strangelove along with a glance or two at his previous work, and a series of split screen interviews with Peter Sellers and George C. Scott answering canned questions (wish we could put in our own) for publicity for the film.

What is new to this set along with the new aspect ratio to the film is the featurette No Fighting in the War Room Or: Dr. Strangelove and the Nuclear Threat which is an abbreviated version of Inside Dr. Strangelove but with different players and outtakes from that piece with another take on Strangelove from film lovers such as Roger Ebert and Spike Lee to people within the system of government like Bob Woodward and Robert McNamara (who as a new feature has a whole interview devoted to him that uses little bits but goes into a take within the White House in the best way and a worthy listen). It’s a good piece and worthy of their inclusion on these extras.

In addition to the two mentioned there is Best Sellers Or: Peter Sellers and Dr. Strangelove which other players such as Michael Palin and Shirley MacLaine add their comments to the new players as well chatting about Peter and the way he portrayed his best known roles and their overall take on Sellers the comic talent. This uses some intriguing footage for movie clips and offers a very nice piece on the nominated star of the film.

After that, the original advertising gallery provides still of the film including bits of the poster as well as incomplete filmographies of everyone and trailers of Dr. Strangelove (which is an extra in itself and one of the best trailers ever), The Bridge on the River Kwai, The China Syndrome, On The Waterfront, From Here To Eternity and Fahrenheit 9/11 and some are given the flashing “Now Available on DVD” treatment. The set also comes with a collectable scrapbook.

The 40th Anniversary edition of Dr. Strangelove gives slight improvements to an already solid special edition. If you can find it for less expensive, by all means grab it. If not, the previous edition is worthy as well. It doesn’t hurt to have both for they both come well recommended. 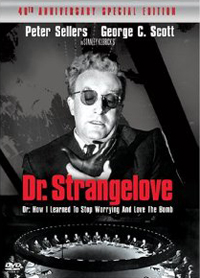 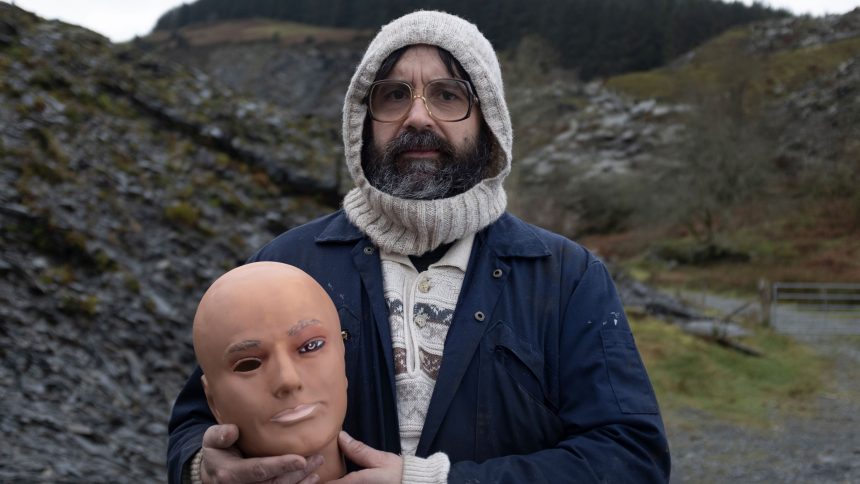 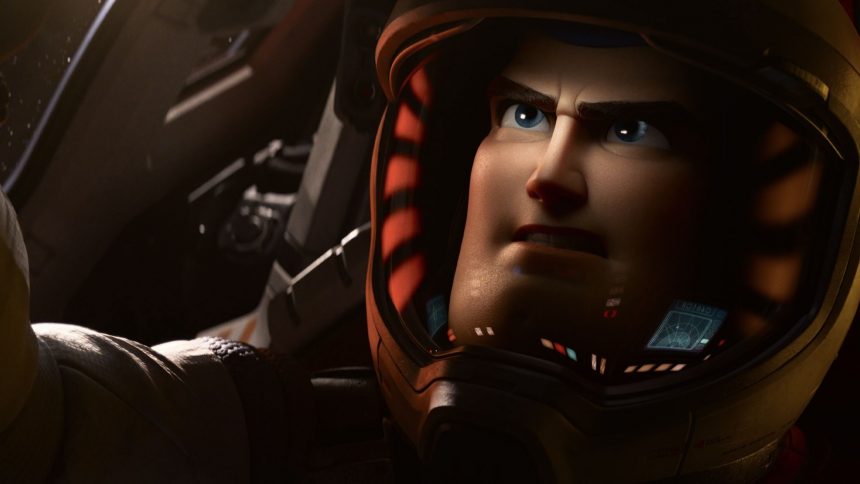 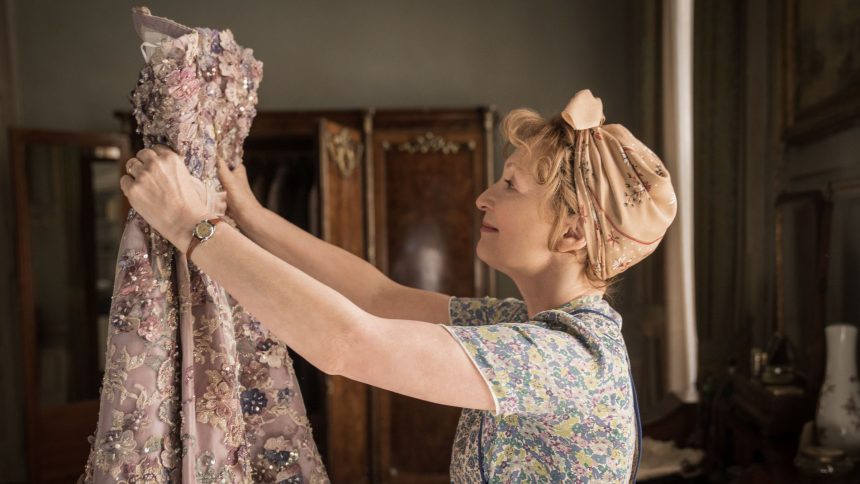 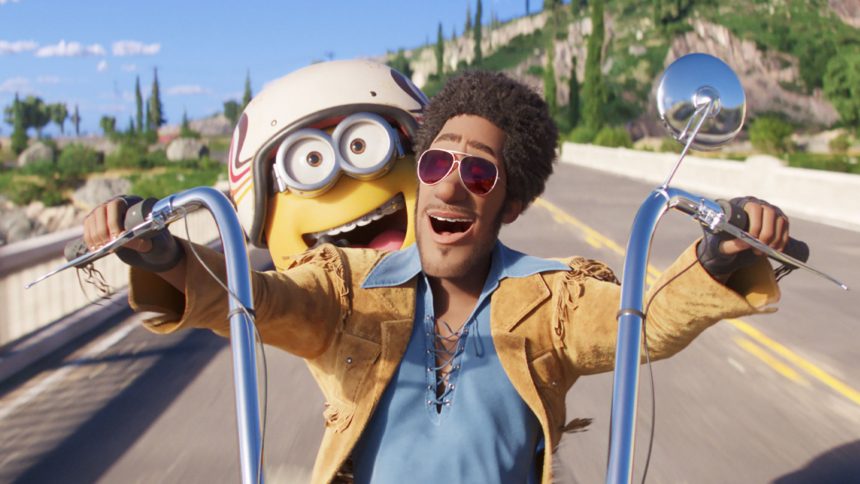