EliteXC’s event titled Renegade would boast an impressive card, but all eyes were on the mixed martial arts debut of internet street fight sensation Kimbo Slice. While Slice’s first battle would be against Bo Cantrell, a man prone to being knocked out in mere seconds, fans were ecstatic to see him in EliteXC. In addition to Kimbo’s debut, the Renegade card had a main event showdown between Nick Diaz and K.J. Noons, plus Bigfoot himself, Antonio Silva. In all, five fights were televised and on this two disc edition, you’ll see those plus five bonus fights, including one with Yves Edwards. In short, Renegade has it all, heavy hands, skilled submissions, and exciting fights from start to finish. So if you’re a fan of MMA, be sure to check out EliteXC’s Renegade. The televised card is below.

The event is presented in 1.78:1 anamorphic widescreen. While this doesn’t look as good as the high definition broadcast, the event comes across well. The image is clean, clear, and sharp, with all the action inside the cage perfectly visible. The bright lights shine, especially when the assorted color beams strobe around the arena, while contrast is accurate as well, so black levels are stark and consistent. Not much else to say, the event looks quite good.

The audio isn’t quite as impressive as the visuals, but this stereo soundtrack is adequate. The action inside the cage sounds clean and never muffled, so all the bumps, thumps, and slaps are crystal clear at all times. You can also hear the crowd noise quite well, from the roars to gasps to chants. The announcers are also easy to hear and understand, with no issues to discuss there. Solid work here.

The second disc houses fighter bios, fighter interviews, Kimbo’s promo, and still photo galleries. The best of the extras are the bonus fights however, which are listed below. 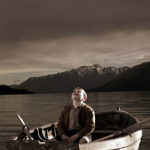