John Jaspers (Mark Frost) is an artist who has become involved with a hooker named Blue, but not in the traditional sense. You see, he has fallen in love with her and wants to be with her, but that is cut short in a tragic turn of events. When Blue’s income starts to shrink due to less time on the streets, her pimps pay her a visit and in the process, leave her murdered. Of course, this sends Jaspers into a spiral of depression and rage, so when the chance for revenge arrives, the cost seems unimportant. He soon encounters the mysterious M (Andrew Divoff), who offers him the chance to avenge his lover, in exchange for his soul. In a time of blind wrath, Jaspers agrees and is transformed into the angel of death Faust, who must kill anyone M orders, with minimal chance to escape his current lot. But after some time passes, Jaspers finds a reason to be alive and M makes a mistake which breaks the bond, which leads to a whirlwind of horrific events…

If you’re a fan of frenetic, blood laced horror movies, then run out to your local video store, as Brian Yuzna’s Faust: Love of the Damned has arrived. I admit this one is weak in terms of storyline and performances at times, but what a ride it offers and in the end, that proves to be more than enough reason to recommend this release. This edition runs 101 minutes and is unrated, which means the blood, sex, and violence flies across the screen, sometimes in volumes you simply have to see in order to believe. I do wish the gore was heavier here and there, but the blood flows often and in large amounts, so I suppose minimal complaints are needed. The pace is fast and furious, which is excellent in this case, as it allows us to gloss over the bad points, except for Mark Frost’s hilariously bad lead performance. Frost is miscast in the worst way here, perhaps to add comic relief, but I seriously doubt it. I highly recommend this release to fans of horror movies, especially since Trimark has included some very welcome bonus materials.

At the helm of Faust is director Brian Yuzna, who has been involved in more than a couple horror flicks, of course. This movie runs along the same lines as most of Yuzna’s other efforts and if you ask me, there’s nothing wrong with that. I happen to like the kinetic visuals, intense blood & gore, and focus on horror, although some people dislike Yuzna’s approach, especially when it comes to the performances involved. Yes, the acting is ham handed, but that is part of the draw here and since you see in most of Yuzna’s flicks, fans should be used to it and in truth, I think it adds even more fun value to the pictures. If you’re a fan of fast paced, relentless, blood soaked, humor infused horror, then the cinema of Brian Yuzna is not to be missed. Other films directed by Yuzna include Return of the Living Dead 3, Bride of Re-Animator, The Dentist, Beyond Re-Animator, and The Dentist II. The cast here includes Jeffrey Combs (The Frighteners, House on Haunted Hill), Mark Frost (Blue Juice), and Isabel Brook (Razor Blade Smile, Alone).

Faust: Love of the Damned is presented in a 1.85:1 anamorphic widescreen transfer. This is a terrific visual effort, given the film’s less than large budget roots and dark visual nature, which can often combine to signal bad video. I did see some grain at times, but the print looks clean otherwise, with minimal defects to report. The contrast is accurate and refined, with deep black levels and high detail presence, no complaints in the least. I found the colors to be bold and rich also, with no evidence of smears or bleeds at all. I really can’t imagine how this movie could look much better, so fans should be most pleased, I think.

I have no real complaints to report with the included Dolby Digital 5.1 option, as it handles the material and then some. The surrounds are put to good use often here, even if not with the same power as more action drive titles, which is no surprise. I found the overall presence to be strong and natural, with frequent surround use, but never gimmick effects, which is good news. The music sounds great here also, while dialogue is clean and rich from start to finish. This might not be an explosive or overly memorable audio effort, but it is a very good one. This disc also includes subtitles in English, Spanish, and French.

This disc includes the film’s trailer, as well as two audio commentary tracks, both keepers, if you ask me. The first is with director Brian Yuzna, who provides an informative, but also entertaining session. He mentions small, humorous anecdotes often and keeps the track light, but still includes a nice amount of production data, which is cool. The second track is with various crew members, who again offer a solid session, but are often technical in comments, although some comic gems slip through at times. In any event, both tracks are worth a listen to fans of the film, as both contain quite a lot of behind the scenes information. 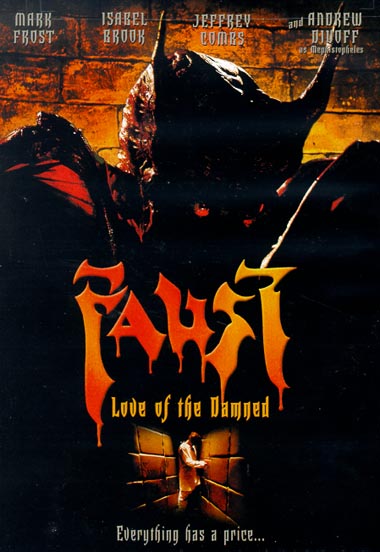