I have to admit that I’ve never really been a fan of M. Night Shyamalan’s films. I felt that “The Sixth Sense” was vastly overrated, I never really got into “Unbreakable” and “Signs” completely confused me as I’m not really into movies about aliens. So it was with a bit of trepidation that I popped in “Lady in the Water”, the latest M. Night Shyamalan film which he both wrote and directed. I will say that his stories are very original and he’s a great storyteller, which is at the heart of this movie. He’s got a great imagination and I think he’s finally managed to convey that to the screen in this movie. His films are ever so meticulous and almost tend to drag on, but with “Lady in the Water” the pace has been sped up a bit but not so much that we feel hurried. What I’m trying to say is that whatever he was trying to do with the movie, it seems to have worked because I was impressed.

As apartment manager Cleveland Heep (Paul Giamatti) goes about his daily rounds, he notices a disturbance in the swimming pool. No sooner does he realize this than he manages to rescue a young woman from it. Story (Bryce Dallas Howard) is her name and she tells Cleveland that she’s trying to make her way back home, though there are certain forces that aren’t allowing that to happen. To help her find her way, there must be some certain individuals endowed with some supernatural abilities. These individuals are residents of the apartment complex in which Cleveland runs, of course. Cleveland is helped by the details of her story with the assistance of Yoong-Soon Choi (Cindy Cheung) and her grandmother. Will the residents be able to assume their roles and help Story make her way home or will this be the end of the “Lady in the Water”?

“Lady in the Water” is shown in a 1.85:1 anamorphic transfer and the same aspect ratio that Shyamalan uses for all of his films. A majority of this movie takes place at night, which is the perfect opportunity for any defects in the transfer to become noticeable. Fortunately, those defects are few and far between and I was struck by how good of a transfer this really is. Some of the scenes appear a bit de-saturated, but by and large it held up really well and I’m hard pressed to find much to say about the way this film looks. It’s pretty straight-forward and for a new to DVD release; it’s just about what we’d expect.

The Dolby Digital 5.1 EX soundtrack is fairly good here, though Shyamalan isn’t known for doing movies with dynamic audio – in fact most sound comparable to a mono track. There are some key scenes here in which thunder and lightning really create and atmosphere and mood and though the majority of the movie is very dialogue driven, I didn’t get the feeling that the audience was being cheated out of anything on the audio front. No real complaints here, but there are certainly better soundtracks out there.

Shyamalan isn’t known for doing commentary tracks and this movie is no exception, we’re treated to a featurette and a documentary divided into six parts. The featurette, “Lady in the Water: A Bedtime Story” shows Shyamalan’s motivations and origins of the story and how he translated that into the film. While the six part documentary covers everything from concept to completion on the film. There are a few deleted scenes, some screen tests and the original theatrical trailer as well. 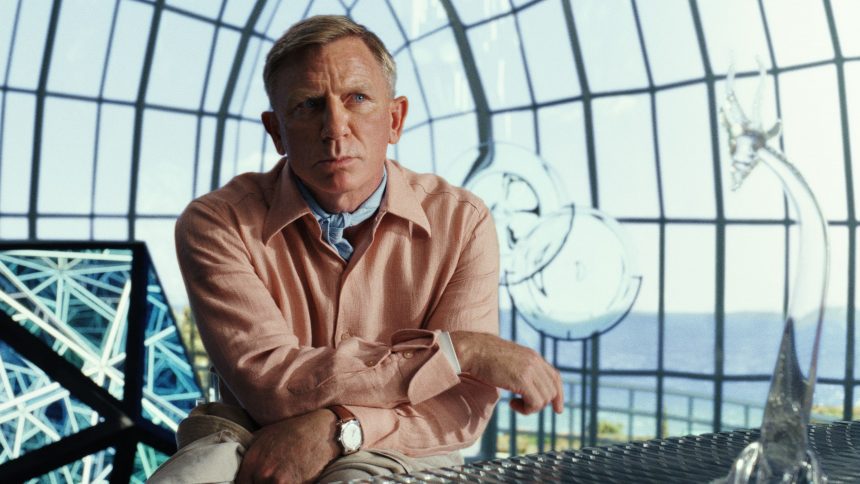