Mamma Roma (Anna Magnani) is a middle aged woman who spent her life working as a prostitute, a lifestyle she is not proud of. Her past is sordid and shameful to her, but at the time, she had few other options. Now however, she has decided to leave the past behind her and work toward a brighter future. Her motivation goes beyond her own regrets though, as she wants to be reunited with her estranged son, Ettore (Ettore Garolofo). He has turned sixteen and she has missed out on so much of his life, so she wants to return to his side. Ettore has grown up in the countryside, but she wants to bring him into the city, where she lives. Mamma has infinite remorse over her lack of love and attention for Ettore, but she intends to do her best to catch up, though her son has doubts of his own. Though she tries to be the mother the boy needs, she simply lacks the basic instincts she should have, since she hasn’t been by his side. So her mothering nature is absent, which leads to some problems within the relationship. But Mamma believes she can elevate herself above her old place on the social scale, giving her and her son a better life. She manages to secure him a job at a local eatery, but even that doesn’t pan out. Can this fractured relationship ever be healed, or has Mamma overreached her own limitations?

Mamma Roma is Pier Paolo Pasolini’s second feature film and like most of his work, the film was greeted with no lack of controversy. After the movie opened, local censors deemed it to be obscene and demanded cuts to be made. A few minutes were thus trimmed, leaving Pasolini’s vision for the movie an incomplete one. In this two disc edition from Criterion, Mamma Roma has been restored to its original version, then lavished with a restored print and a slew of bonus materials. But does the movie deserve this kind of deluxe treatment? Mamma Roma is a dark, depressing motion picture, one that you wouldn’t want to watch that often. But not all movies need to be bright and cheerful, as this is still a well crafted production. Pasolini hasn’t come into his own yet, but the seeds of his eventual style are evident here. His unique approach to use of the camera won’t be well taken by everyone, as he uses some unusual methods. Some of the techniques work to perfection, but other come off as flat and ineffective. I was a little surprised to see Pasolini make use of slow motion here, but he makes the technique quite effective here. In the end, Mamma Rosa is a more than solid movie, but you can tell that Pasolini was still a work in progress. Criterion’s two disc edition is a terrific treatment, so if you’re interested, this release is recommended.

Mamma Roma is presented in 1.85:1 anamorphic widescreen. A digital restoration has been undertaken for this release, which yields a solid image, but I have to admit, I expected a little more out of this treatment. The print is in great condition, with no serious debris or damage, while grain never proves to be an issue. I also found contrast to be excellent, which is crucial in this case, since the film is in black & white. The blacks weren’t always stark as I would like, but the whites look superb and the balance is consistent. I suppose my complaint is sharpness, as the visuals just aren’t as crisp as I expected. The image has ample detail and even subtle touches look good, but the depth I wanted wasn’t there. But even so, Criterion has served up a top notch performance and aside from the slight softness, I have no reservations.

The original Italian language is used for this release, via a basic, but effective mono option. I was never let down with track, but I do think a little more cleanup could have helped. A restoration was done on the elements, but you can still hear pops and hiss at times. Not enough to drive you nuts, but the flaws are more than evident. Even so, the defects never distract from the presentation, so I suppose no real harm is done. The audio here is basic and has no intense needs, so the mono track is more than up to the task. The dialogue also comes across very well, with crisp form and no evidence of volume errors I could detect. This release also includes new and improved, optional English subtitles.

The first disc houses some poster artwork, as well as the film’s theatrical trailer. The second disc holds the rest of the supplements, such as twenty-five minutes of newly conducted interviews, which are well worth a look. Bernardo Bertolucci, who worked as a production assistant to Pasolini, frequent cinematographer for Pasolini, Tonino Delli Colli, and Pasolini biographer Enzo Siciliano all lend their memories in these interviews. An hour long documentary shot in 1995 is next, a piece which spans Pasolini’s entire career. The controversial director’s ideas, visions, and techniques are all covered in depth, quite a worthwhile supplement. The final extra is La Ricotta, a half hour short film by Pasolini that stars Orson Welles. The short is about a director who seeks to create a movie that captures the passion of Jesus Christ. All in all, a terrific assortment of extras that is sure to delight fans of Pasolini’s work. 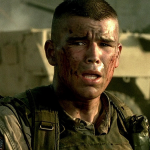