Warner Bros. have finally given fans what they want – a brand new 4K UHD transfer of Stanley Kubrick’s science fiction masterpiece 2001: A Space Odyssey. It looks phenomenal and stands as arguably the best reason yet to purchase an ultra high definition player. I had preordered this release as soon as it was announced and it did not disappoint. My goodness, this is what being a cinephile is all about!

Stanley Kubrick is arguably the greatest film director of all time. I owe his films a special gratitude. First and foremost, I love the images he managed to put on screen. His films Dr. Strangelove and Lolita rank as two of my very favorite films and my wife concurs. The film that led me down the path to writing Blu-ray reviews was 2001: A Space Odyssey.When I bought a three pack of Kubrick Blu-rays (The Shining, A Clockwork Orange, and 2001,) I hooked up an HDMI cord to my television. I put in 2001 and the visual uptick on the Blu-ray versus my DVD copy absolutely blew me away. I had been collecting movies since I was very young (on VHS) and been collecting DVDs since my early teenage years. I had no plans to upgrade a significant portion of my collection to Blu-ray. It would be a financial disaster! When I saw 2001 on Blu-ray it changed my mind. I have compulsively collected Blu-rays since that day. This small moment and the revelation it had led to my writing for this site. For that, thanks Stanley. Also thanks to Warner Bros. for their dedication to pristine releases from their catalogue.

The plot of the film is nontraditional. The film begins with a sequence called the Dawn of Man. Taking place far before humans evolved, apes live in groups without the ability to defend themselves except through the use of their own hands. They have no tools and are easy fodder for other beasts. When a black monolith appears, the apes gather around it inquisitively. This monolith spurs intellectual development in the apes and they soon can use a bone as a weapon. This leads to the monumental transition the film is known for. A bone thrown in the air turns into a spaceship. The film then focuses on a doctor who is traveling to the moon. He stops at a space station where people are concerned that an outbreak has occurred at a base on the moon. No contact has been made from the base in roughly a week. The doctor arrives at the moon base where a coverup is taking place and he is part of the coverup. They have found something deliberately buried under the surface of the moon – a black monolith. The doctor Nd a small crew go to the dig site. Approaching the monolith, the crew are struck by a screeching sound. The film then cuts to: Jupiter Mission – 18 Months Later. The crew of Discover One have onboard two awake members and three in hibernation. Along with them is HAL 9000 – a talking computer that makes no mistakes. The two awake members of the crew, Dr. Dave Bowman (Keir Dullea) and Dr. Frank Poole (Gary Lockwood,) soon find themselves at odds with HAL 9000 as the computer becomes plagued with doubts about the mission’s purpose and becomes increasingly neurotic.

2001: A Space Odyssey remains as impressive a feat today as it was then. As many have mentioned before, this film is considered to be the best film to ever use practical effects. Watching the film today it is still absolutely astounding what Kubrick was able to accomplish. The practical effects have yet to be reproduced and for the most part they look far better than any computer will ever be able to generate in our lifetime. There are moments that have not aged as well,  but they are few and far between. These practical effects lack the overly clean look that plagues today’s films. It would be great if we could see more director’s turn back to these approaches.

This film is one of the most hypnotic ever made. It is purposefully slow moving but it is not ever boring. It knows that to describe the majesty of space, you need time. This film manages to create an ominous feeling of dread from the vastness of space which no film has managed to recreate despite their best attempts. It manages to feel real.

This is all thanks to Kubrick’s amazing attention to detail. The man explored everything – every minute detail. In doing so he predicted correctly some technology that the future held (minus predicting the ambitious date in which it would be accomplished, but cheers for being an optimist.) This film began being developed in 1965 and was completed in 1968, one year before man landed on the moon. This film predicted: video conferencing, talking computers, the ways in which gravity would truly work in space, artificial intelligence, iPad like devices, and more. The fact that Kubrick got so much right is a testament to his intuitive mind and his ability to collaborate with people who were in the loop. There is a reason why he had two scientific experts assisting him on every aspect of the film. There have been few creative types like Kubrick in our century. Uniquely prescient. I would say that Philip K. Dick was another. Without these soothsaying creative types, science fiction would be synonymous with bad predictions and goofy costumes. Most science fiction forgets the science and focuses on the fiction. Kubrick and Arthur C. Clarke focused on the science and let the fiction revolve around it. They were better for it.

Watching 2001: A Space Odyssey today, it holds up beautifully. The final thirty minutes of the film (which are left completely up to interpretation) are some of the most beautifully filmed and psychedelic portions of any film. They are still just plain incredible. Watching them today, I felt the same splendor that it originally inspired in me as a young teen.

I could talk a lot more about how the acting fits the film perfectly without being particularly “showy” or how the soundtrack is a brilliantly put together pastiche, but I am going to stop myself and let the viewer experience the film. For those about to experience it for the first time, I envy you. Overall, I could talk about this film ad infinitum. At the end of the day – this is cinematic bliss.

This is why you have an Ultra High Definition player. Buy this movie. This film excels in this format. The new 4K HEVC/H.265 transfer from Warner looks absolutely amazing. Jaw dropping. Fine detail is off the charts. Colors are gorgeous. It is everything you hoped it would be. My favorite video transfer this year.

Warner Bros. have updated the DTS-HD MA 5.1 track for this release, but fans of the prior Blu-Ray release will not notice a huge uptick here. It sounds incredible overall, like the prior Blu-ray track. The iconic soundtrack has never sounded better. Dialogue sounds great. No hiss or other distortions. Perfection.

2001: A Space Odyssey is one of the greatest films of all-time. It is a technological achievement and achievement in imagination that remains unrivaled. Not until Blade Runner would there be another science fiction film that held this much weight. This is Kubrick firing on all cylinders. While the supplements are only on the Blu-ray, they are fantastic supplements. The new 4K presentation is absolutely unbelievable. It is truly gorgeous. Buy this immediately and then tell your friends to buy it. Buy it as a Christmas gift. Buy it as many times as you can. Perfection. 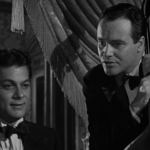 Some Like it Hot: Criterion Collection (Blu-ray)
Next Article 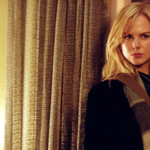