Has there ever been a more poignant closing line in the history of film? Probably. But what a way to end one of America’s great films! I’d actually never seen this until about fifteen years ago and it instantly became one of my favorites. I’d held out watching this as I was in a Billy Wilder kick at the time watching such classics as Double Indemnity, Sunset Boulevard and The Apartment. There were more, of course, like Sabrina, The Lost Weekend and Ace in the Hole. However I’m willing to bet that if you had to name one that’s most memorable, it’d be this 1959 classic that features a cross-dressing Tony Curtis and Jack Lemmon. The film was nominated for six Oscars and walked away with a much deserved trophy for Orry Kelly’s Costume Design. But there’s so much more to this film. It works on multiple levels of humor, drama and even a bit of action. Is it the perfect film? No, but it’s darn close. If, for some reason, you’ve not had the chance to treat yourself, there’s no time like the present to see it. Let’s dive in.

Struggling jazz musicians Joe (Tony Curtis) and Jerry (Jack Lemmon) accidentally witness the St. Valentine’s Day Massacre. The duo hightail it out of Chicago on the tour bus of an all-female band, disguised as Josephine (Curtis) and Daphne (Lemmon). Once in Florida, Joe/Josephine sets sights on alcoholic singer/ukulele player Sugar Cane (Marilyn Monroe), further disguising himself as the Cary Grant-ish playboy millionaire Shell Oil, Jr to seduce her. Meanwhile, Daphne gets caught in the crosshairs of Oswald (Joe E. Brown), who is determined to wine her, dine her and hopefully marry her. Just as the mob is closing in, Joe and Jerry, with Sugar and Oswald in tow, escape to what one can only assume is a happy ending.

There’s a lot to say about this film, notably for the subject matter. While most viewers wouldn’t think twice about anyone cross-dressing, the film came out in 1959. In a decade that brought about the McCarthy hearings, the Korean War and desegregation; two leading men schmoozing it up with America’s sex symbol was quite the news-maker. Add to that, the film managed to sneak in a few things past the censors (most likely they were laughing too hard) and that only adds to the allure of the film. The American Film Institute did a countdown of the top 100 Funniest Films a while back and this was atop the list. And, wouldn’t you know it, coming it at #2 was Tootsie, oddly a film that also involved a man dressing as a woman. Sensing a trend? Whatever the motivation to see the film, be it the first time or the fiftieth – it’s one of those that seemingly never gets old. And that’s a good thing.

It’s been a while since I sat down and watched Some Like it Hot an I’d forgotten how much I adore black and white films. Criterion’s transfer is, as expected, nothing short of perfection and it’s the same 4K master that’s been used in recent years. Maybe it’s a placebo effect, but I feel that if it comes from Criterion it just seems better-looking. Makes perfect sense, no? That said, the film really couldn’t have worked in color, namely due to the makeup they had Jack Lemmon and Tony Curtis in. This isn’t a huge deal to us, the viewers, some 60 years later of course – but worth mentioning for sure.  Contrast and black levels are very strong and give the movie a more dynamic tone. Detail has been improved vastly over my previous DVD and it’s also worth nothing that most, if not all, of the grain that plagued earlier releases is now a thing of the past. The film is one of the most beloved out there and this new Blu-ray has it looking its best – beautiful.

The only included audio track is the LPCM Mono mix. Earlier discs had a 5.1 option, but I think that most purists will agree that if a mono track can sound this good, then there’s no need to “dirty it up” with an overblown surround mix. Vocals are, naturally, at the heart of the film with Lemmon and Curtis’ voices and their ever-changing pitch to match their “characters.” Monroe’s whispy voice resonates as does everything else. One thing that I found as a pleasant surprise was the lack of any distortion or background noise. It was quite the treat to hear an older film sound, well, this good. Kudos to Criterion for providing such an ample, yet subdued, audio track.

There’s no denying that this is one of the great American films and one I realized how much I liked the moment I put the disc in. We’ve seen countless versions (and variations on cover art), but this is perhaps the definitive (and best) one yet. Criterion’s new 4K scan make for a perfect-looking picture, the sound is amazing and a wealth of supplements – though most have been seen – make this one a must have. 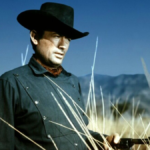 The Bravados (Blu-ray)
Next Article 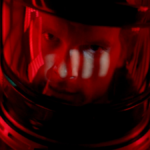