The hottest toy of the season is the Good Guys doll, which happen to be all that young Andy Barclay (Alex Vincent) wants for his birthday. But the doll’s popularity means sold out stores and since his mother couldn’t find one, Andy unwrapped a big box of clothes instead. Of course he is disappointed, but his mom soon gets a chance to turn that around, when she buys a Good Guys doll from a man in an alleyway. But little does she know the doll was part of a twisted voodoo ritual that involved serial killer Charles Lee Ray (Brad Dourif). When corned by police in a toy store, Ray used the ritual to not only escape, but to fuse his soul into the doll, or so he hoped. Now however, Ray must move his soul into a human host or be stuck inside the doll forever. As violence begins to erupt around him, can Andy survive the doll’s onslaught?

I’ve seen a decent amount of killer doll movies, but when it comes to fame, none are well known as Chucky. I don’t think Child’s Play is the best movie in the sub-genre, but it is solid and well made. Unlike the later films in the series, this first film has a serious tone and offers some genuine chills at times. Chucky might be a doll and might have some one-liners, but this is a horror movie first and foremost. So don’t expect a wisecracking doll here, Chucky is all business and spends more time killing than talking, no doubt about that. The serious tone works too, so this never seems silly, despite the odd premise involved. Brad Dourif is great as Chucky’s voice, while the rest of the cast is capable and also performs well. Child’s Play isn’t that bloody or gruesome, but the tension is thick and there is some violence. If you’re a horror fan of even the casual level, Chucky’s debut is a film you need to see.

It’s been a long time, a very long time, since I’ve sat down to watch this film. I know it’s had a few DVD releases and even a few on Blu-ray, but what better way to experience a killer doll than in all its 4K glory? Exactly. For this new edition, Shout! Factory has created a new 4K scan from the original camera negative. That sounds impressive, but I’ve always been one to net it out. Long story short – this looks pretty darn good. Black levels (something that plagued earlier releases) are much more solid and refined. Gone is the “motion” in the background of some scenes. Colors seem to be bumped up a bit more as well. Detail, as expected, has been improved which is never a bad thing. Lastly, the HDR gives us a bit more depth and range than previous versions. Suffice it to say – this is the best the film has ever looked, so I have to tip my hat to this new restoration.

Adding fuel to the fire, we get a new Dolby Atmos mix. While the most active element is the music, which sounds quite good here. The surrounds don’t do much outside of the music, but the sound design is to blame, not this mix. The dialogue remains clear throughout, so no concerns there. This isn’t the most active film, but we do get some interior “antics” (for lack of a better word) that give the channels a bit more room to play with. See what I did there? It’s a noticeable step up in quality, but don’t expect it to knock the pictures off the wall.

Disc Two (Blu-ray)
The commentaries from the 4K disc are included here as well.

This is the disc that came with the previously-released Blu-ray.

This is it. This is the one that started it all. I’ve lost count of the number of sequels that this film generated and, truthfully, it’s of little consequence. I suppose in the genre of “creepy kid’s doll coming to life and killing people” this is the one to see. Kidding aside, Shout’s new 4K offering really knocks it out of the park with a new transfer, new Dolby Atmos mix and even a smattering of new supplements. We really can’t ask for much more than that. 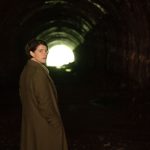 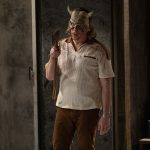