When it comes to horror, sometimes less is more. I can’t think of this personified more than in the movie Jaws. Granted, their approach had a lot to do with a dysfunctional shark, but hey – I think everything worked out OK for them and the film. My point being, that’s what a good horror movie is. It doesn’t have to have monsters, possessions or anything like that. Let’s face it, people are the scariest beings out there, right? Ethan Hawke has been acting since the mid 80’s and he’s encompasses nearly every genre of film out there. He’s done a lot more independent work than most other actors, but he’s good at what he does and I consider him to be one of my favorite working actors. It’s been a while since his last horror film, The Purge so nearly a decade later we’re treated to another – this time he’s not the good guy.

The film takes place in the 1970’s and the story revolves around Finney (Mason Thames), a bullied teenager who lives with his sister, Gwen (Madeleine McGraw) and their alcoholic dad, Terrence (Jeremy Davies). Their town has been subject to several local kids being abducted by “The Grabber” (Ethan Hawke). This creates an odd sense in the town. Finney unknowingly crosses paths with the Grabber, he’s adducted and thrown into the back of a van. Finney finds himself in a soundproof basement when a disconnected phone begins to ring. Meanwhile Gwen begins to have dreams about her brother which may or may not lead to his discovery.

The Black Phone isn’t totally original, but I like the approach they came up with. It’s eerie without being too over the top. It creates a sense of uncertainty which heightens the experience and makes it that much more enjoyable to watch. The film also throws us a few curve balls – just when we think we know what might happen, something comes up. I was also impressed with the performance of Mason Thomas – he shows great promise as an actor and he owns the part of the troubled, bullied victim to a tee. I’d also be remiss if I didn’t mention Scott Derrickson’s direction which is another key component in the film’s success. Derrickson, best-known for his work in Doctor Strange is certainly no newcomer to the horror genre. He’s got a few under his belt. The Black Phone is a taut, well-written and acted horror film. If you’re looking for something that fits this bill – look no further.

Maybe I’ve got a thing for 70’s fashion style or…I don’t know. At any rate, this film is dark. Both physically and the nature of the plot. That’s fine. Dark films have a very looming presence around them and I’ve found that these pull it off very nicely. The Black Phone has a certain “vintage” look to it and I was duly impressed at how spot-on amazing its visual appearance is. I wasn’t able to find a single artifact, strong black levels were present, consistent flesh tones and even minute details were impressive. All the usual boxes are checked with razor sharp detail, strong colors and contrast. Well done.

Universal has, with a few titles, thrown us some curve balls and given us a Dolby Atmos mix on a Blu-ray. But, guess what, that’s not the case here. Sorry to get any hopes up. The DTS HD Master Audio mix has a very atmospheric, encompassing mix that’s sure to please even the most finicky audiophile. Vocals are strong and clear, the front stage has the lion’s share of the work, but handles it with relative ease. No complaints here, from me, in the audio department.

Not only praised critically, but commercially as well The Black Phone was a joy to watch. It’s a bit of a departure for Ethan Hawke, but he’s got little left to prove when it comes to his talent as an actor. Universal’s disc looks and sounds the part and there are enough extras to warrant a purchase. 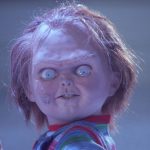 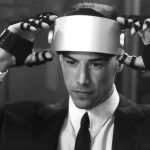