Dark Phoenix most likely represents the last of Fox’s X-Men movies. With the acquisition by Disney, I’d be willing to bet that we haven’t seen the last of our mutant friends, rather they’d make a fine addition to the MCU. More on that later. These films (X-Men) date back to 2000 and have inspired seven X-Men films, three Wolverine films and two Deadpool movies. That’s not too shabby. And though the box office pales in comparison to the MCU, the early success of these movies no doubt served as a litmus test of things to come. The first three featured the main cast, with Patrick Stewart as Xavier, Hugh Jackman as Wolverine, Halle Berry as Storm and so forth. That cast lasted three movies but, in 2011, X-Men: First Class turned back the hands of time and gave us a new look at the mutants. That’s the current “timeline” of these films with Dark Phoenix being the most recent. And no, this isn’t the first time we’ve seen Dark Phoenix, just think back to 2006’s X-Men: The Last Stand. Yep, that was one of several things that this movie didn’t get right. Let’s get on with it, shall we?

We meet Jean Grey (Summer Fontana, later Sophie Turner) as a child. Her parents are killed in a car wreck and she’s recruited to live with Charles Xavier (James McAvoy) at his “gifted” school. Time passes and now Jean, along with the other X-Men are sent to rescue the crew of a space shuttle. Jean absorbs the energy from what appears to be a solar flare, but instead of killing her it somehow makes her stronger. However it appears that when her emotions run amok her power leashes out and hurts, if not kills others. Add to that, she finds out that Xavier has kept a secret from her since childhood and she goes off the deep end. In somewhat of a sub plot, there’s a shape-shifting alien, Vuk (Jessica Chastain) comes looking for Jean and wants the power she absorbed. She not only has to contain the fire within her, but avoid getting captured by the aliens.

Anyone who’s read Chris Claremont’s (with art by the amazing John Byrne) Dark Phoenix saga knows how this ends. Not well. But this is a far cry from the comics that inspired this character (circa 1980’s). Director Simon Kinberg is no stranger to the X-Men universe. He wrote X-Men: The Last Stand, X-Men: Days of Future Past and X-Men Apocalypse. He also served as the writer of this one. He gets a few things right, but this one was just a bit too disjoined to even me, a die-hard fan. I do have to give a tip of the hat to a few characters we haven’t seen before, notably Dazzler (Halston Sage) – unfortunately that one wasn’t explored as much as it should have been. As I mentioned above, I highly doubt this is the last we’ve seen of our “X” friends, but this particular run might be it. I’d expect new faces and good luck to them on trying to replace Hugh Jackman as Wolverine – talk about setting the bar high…

There’s not a thing wrong with Fox’s 2.39:1 HEVC 4K image. All of the X-Men films have looked stunning and even more so on 4K. There are little things that stood out to me, like the lines of “power” on Jean’s forehead, the little clouds of smoke when Nightcrawler teleports and the overall crystal clarity of the backgrounds. This one has a little something of everything. When compared to the Blu-ray (also included), the HDR does do a fine job of giving us some more depth and deeper blacks, more immersive color and so forth. It looks stunning.

Yes, there’s no shortage of superior surround sound either. The included Dolby Atmos track does a fine job of giving the viewer what they want and if what they want is amazing sound – you’ve got it. Vocals are strong and crisp, even with such a varied cast as this one, I noticed no distortion in the least. The front stage is heavy and handles the sound just fine, with the atmospheric effects chiming in to add some more dimension to the scenes. Again, you know what to expect here.

Though the weakest of the X-Men films, it isn’t all bad. It’s one I’ll still probably watch again. But this one was just a bit too “out there” in terms of plot. It seemed like they made this just to capitalize on a few things and maybe even end a few contractual obligations (Jennifer Lawrence, anyone)? And it’s a shame as the Dark Phoenix saga is probably one of the best story arcs in the X-Men comics. Ah well. 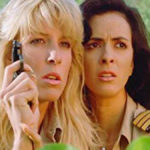 Do or Die (Blu-ray)
Next Article 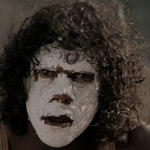