After viewing more than a few films by director Andy Sidaris, I’ve learned to adjust expectations accordingly. Truth be told, you can only have so much hope for a man famous for making B-Movies. Instead of opting out of requesting more titles, I almost feel too invested at this point. That is that I’m essentially curious enough to see what each next film will offer. Do or Die does have a more promising hook than most of the other films. Here, the two centerfolds Dona Speir and Roberta Vasquez play two undercover agents who are targeted for revenge. Instead of flat out killing them, a crime boss decides to play a deadly game to mess with them instead. Obviously, hoping for their ultimate demise, but having some fun in the process. So that’s the basic premise, but did it finally win me over this time? Let’s find out.

I’ve come to find that with each passing film by Sidaris, it starts off promising enough before ultimately losing my interest. Even the presence of Erik Estrada can’t salvage the film entirely. It does give us the usual explosions, chases and of course nudity, but with such a little investment in the plot or characters, it can become really hard to care after a while. The plot at least has an urgency to it which keeps things moving and us not overthinking about how preposterous it all is.

After having viewed several of Sidaris films, this one falls somewhere in the middle. I do feel the fans of these types of films will take more away from it all than myself, but I’d rather watch a classic old school action film with at least the star power and budget to justify spending time with it. Still, for fans, having this film on Blu-Ray should be award enough.

With a 1.78:1 transfer that’s been remastered in 4K, the transfer satisfies overall. Great care has obviously been given. There’s an instance or two of some grain and few print flaws, but they don’t overpower, nor do they lower my overall grade too much. This is likely the best the film will ever look and I can live with that. Fans should be pleased.

We get a DTS HD 2.0 track that never felt restricted to me. Vocals were strong and there’s plenty of action to keep the listener involved. Obviously a wider track might’ve fared better, but this one leaves little to be desired. I feel, like the transfer, that fans will be pleased.

I really felt that this might be the Andy Sidaris film that would finally win me over. Unfortunately that didn’t happen, but those familiar with his work should have an idea what to expect here: action, nudity and explosions. This will be B-Movie heaven for some. For others, they’ll likely be reaching for the remote to turn it off. For fans, however, rest assured this disc presents the film well. The extras are carried over, but are still worthy. 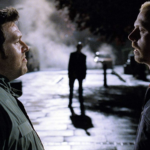 Shaun of the Dead (Ultra HD 4K Blu-ray)
Next Article 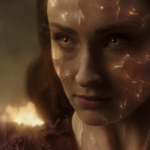