Devil in a Blue Dress stars Denzel Washington as “Easy” Ezekiel Rawlins a recently unemployed home owner and decorated war veteran in 1940s Los Angeles. At the beginning of the film he is hired by a shady private detective named DeWitt Albright (Tom Sizemore) to locate Daphne Monet (Jennifer Beals.) Easy accepts the job because he needs money to keep his home. The first night on the job he has sex with Coretta James, his friend Dupree’s woman, to try to get information on Daphne. The next morning Coretta winds up dead. As Easy continues to work the case the bodies continue to pile and he finds himself embroiled in political turmoil.

Overall, this film is pretty good, but is not quite great. The performances are pretty solid, with Denzel and Sizemore turning in solid work. One performance in particular is really good – Don Cheadle as Miles, Easy’s murderous friend. When Miles shows up in the second half of the film it breathes a lot of life into the movie. The problem with the film is that some of the dialogue can be a bit clunky, example: “Everybody was peeing on my head and telling me it was rain.” These lines stick out like a sore thumb, and just don’t quite work. Without a few lines that don’t land you have some very solid cinematography by Tak Fujimoto and solid production design. The direction by screen adapter Carl Franklin is solid, but the overall story of the film is a bit flatter than you would hope. That said, the atmosphere of the film is pretty good and style wins over the substance in this case. This leads to a movie that I have trouble recommending – I did not regret watching it and really liked parts of it, even if the storyline is not that unique or compelling. It just is not on the whole a “great” movie.

This seems an odd choice for a 4K candidate, but here we are nonetheless. The film is now over a quarter of a century old and it was starting to show its age. For those that checked out Twilight Time’s release, this Criterion is a welcome improvement over that depricated Blu-ray. For those that want/need it, here’s some technical jargon:

“Approved by director Carl Franklin, this new digital transfer was created in 4K resolution on a Scannity film scanner from the 35mm original camera negative. The 5.1 surround soundtrack was remastered from the original six-track DME magnetic sources. On the 4K Blu-ray disc, the feature is presented in Dolby Vision HDR (high dynamic range). On the Blu-ray, it is presented in high-definition SDR (standard dynamic range).”

Got all that? What it really means is that this is, by far, the best the film has ever looked. It has a very “earthy” and natural look and feel to it. There are lots of browns, blues and almost a sepia tone to the film’s visual aesthetic. Detail has been improved drastically. One might think that their TV is out of focus if you watch this and then go and watch the TT Blu-ray. So, you know, don’t do that. Black levels have been improved and the overall look still as a fine layer of grain associated with it, though it’s as much a part of the story as the actors therein. Criterion’s 4K treatment is, as expected, stunning.

The audio treatment of Devil in a Blue Dress was very good. The surrounds are fairly active in that 1995 sort of way. The gun shots and other sound effects will sound familiar to people who watched films like Lethal Weapon, but we’re not distracting from my enjoyment of the film. Overall clarity of dialogue is very good and left me happy with this twenty year old sound mix.

I found the inclusion of this title to Criterion’s catalog a bit of a head scratcher. On one hand, it’s not a bad movie, but when you consider that others in the collection are Citizen Kane, It Happened One Night and The Silence of the Lambs (how’s that for variety) – it doesn’t seem to flow. But I know this film has its fans and for those out there, this is another hit for Criterion. 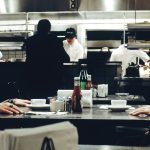 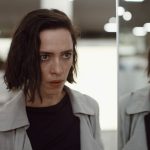