A shade over two decades ago, I was watching a film called Groundhog Day. I loved it. Not only is it my second favorite holiday of the year (mainly because it comes the day after my birthday), but I’ve always loved that random holiday.  More to the point, there was just something about that film that stood out as memorable and, as time has shown, it’s one of cinema’s better comedies. It’s hard to believe that two decades later, the basis of that movie would be the same for a Tom Cruise Action/Science-Fiction vehicle but…stranger things have happened. In all truth, Edge of Tomorrow borrows from a few different films, but then again – what film doesn’t?  And, to set the record straight, I contacted the Director of Publicity for Warner Brothers and asked her what the official title for this movie was – her response: Edge of Tomorrow.  Ok, so that’s that. Now onto Mr. Cruise. I might not really empathize with his views of Scientology and whatnot, but I really don’t care. I think he’s a talented performer and I enjoy his films. He takes risks and he’s someone who doesn’t need to. I think that might be the reason I enjoyed this film so much.

Tom Cruise plays Major Cage, a former Advertising Agency owner, now the PR and “Face” man of the United States Army. Cage is called into Gen. Brigham’s (Brendan Gleeson) and, after a few harsh words, is sent to the front lines to help fight the war. What war?  A type of alien has infiltrated Earth and has taken down most of Europe. The world, now united, must make a final stand else the Earth will summarily fall to the alien enemies. As Cage meets his new troops, led by Master Sergeant Farell (Bill Paxton), the battle the next day is a bloodbath. Cage is killed. Or is he? He then awakens unharmed, the day before with no one the wiser. The day progresses – same result. What’s interesting is that Cage can remember what happened on days where he “died”, and it’s not long that he finds Rita (Emily Blunt) and the two start to collaborate. Granted, it’s an uphill battle for Cage as he has to start from scratch with her every day, but no one said saving the Earth would be easy. This begs the obvious question: can Rita and Cage manage to defeat an enemy that seems to know their every move?

The best thing about Edge of Tomorrow is that it never seems to get old. Yes, it does borrow (heavily) from Groundhog Day and Starship Troopers. Again I say – so what? I really enjoyed the premise of the film and though you knew what was coming…you didn’t as well. I think the one thing that I really missed was a commentary track by Liman. I remember Harold Ramis’ track for Groundhog Day saying that the character of Phil (Bill Murray) had repeated the same day for about 30 -35 years. I’m guessing that’s about the number of times that Cruise’s character died as well. I guess we’ll never know. Despite the rather lackluster box office performance, this seems to have found new life on the home video market and with a “rebranding” of the title.

There are two reasons to upgrade to this version. The audio and the video. The 2.40:1 HEVC 4K image is all about detail, color saturation and depth and it excels in all three areas. The little LED displays used in some scenes are clearly visible, the individual hairs are visible and even far off bits of “action” seem more lifelike.  When looking at a few comparisons between the Blu-ray and the 4K, the difference is obvious. We get more shadow depth and stronger, more vibrant colors. Contrast is solid and I’m hard-pressed to find anything at all to complain about. Truthfully, the Blu-ray looks great, but if you really want to kick it up a notch – the 4K is the way to go.

The addition of a new Dolby Atmos soundtrack would be the “other” reason to upgrade. There are countless of battle sequences (though, in theory, they’re actually all the same one) that make extensive use of each and every one of your 7.1 channels. It’s always nice to hear the LFE stand up and take charge – the poor thing – it goes mainly unused in so many other movies, so it’s a refreshing change of pace in a film like this where their presence is known.  Directional effects are all over the map, bullets whizzing by, gunshots fired…you name it. Vocals are rich and deep and surrounds are constantly churning adding support (not like it’s needed) to the already robust mix. They literally don’t get any better than this on the audio front.

The same extras are in place and nothing new has been added.

When looking at Tom Cruise’s films over the last several decades, it’s hard to pick a favorite. Cruise has universal appeal. And as many movies of his that I enjoy, I have to say that this might be my favorite of them all. It’s an all-out action movie mixed with just enough humor to not take itself too seriously. This new 4K version ups the ante with improved video and a new Dolby Atmos soundtrack. If ever there was a film made for the 4K format – you’re looking at it. 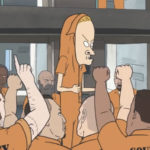 Beavis and Butt-Head Do the Universe (Digital)
Next Article 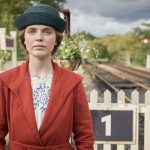