While I can’t remember much about the original Goosebumps, I do recall enjoying it a little bit. I saw it once and that was enough, but it passed the time ok. It also had the presence of star Jack Black in the lead, and more often than not, he makes something more entertaining. Goosebumps 2: Haunted Halloween (a fairly bland subtitle) should please younger audiences and maybe some of the folks who enjoyed the first one, but really this second outing more or less goes through the motions. While he makes an appearance, Jack Black is missed.

We meet teenager Sarah Quinn (Madison Iseman) who is a High School student trying to complete an essay so she can get accepted into Columbia University and leave her hometown. Despite her reservations, her mother insists she babysit her brother, Sonny (Jeremy Ray Taylor) and his friend Sam (Caleel Harris). One day Sonny and Sam discover a locked manuscript and open it which brings a dummy named Slappy to come to life. After the manuscript is stolen by one of the bullies, it’s up to Sarah, Tommy and Sam to try and find it to stop Slappy from his evil ways. They realize just what he’s up to, despite his initial kindness such as doing chores for the boys and their homework.

Jack Black had another film released close to the same time as this one. It was called The House with a Clock in Its Walls. I suppose that film kept Black too busy that he couldn’t commit to this sequel. While I haven’t seen House, it looked a bit similar to this, so maybe I’ll seek it out. I can understand, and in some ways respect that the filmmakers at least attempted to do something different here, but this one just didn’t cut it for me. I don’t feel it’s a bad film, but it failed to engage me like I hoped it would. It’s at least breezy and features good enough acting, but the plot is a little thin, even for a film like this. While this one is definitely more geared toward younger audiences, there are a couple of sequences that might frighten some viewers. I was also surprised by Slappy’s actions such as when he knocks a young boy off a later, causing him to injure his neck. The effects look good enough and the target audience should be pleased and I suppose that’s what matters the most.

Once again Sony satisfies with a flawless 4K transfer. The image is never less than pleasing to the eyes, and features amazing detail throughout. There are plenty of darker scenes in the film, but they’re as equally sharp as the day scenes. The effects in the film are well done and the image duplicates that nicely as well. All in all, fans should have little trouble loving this transfer. It’s HEVC encoded with a 2.39:1 ratio.

Not surprisingly, we get a Dolby Atmos 7.1 track here that’s also quite robust and quite pleasing. The film does have quieter moments, but more often than not, there’s always something to keep this track active. There’s a sequence in a supermarket that makes good use of all the channels and really helps replicate the atmosphere of the film. Vocals are equally as strong. Like the transfer, fans should have no issues with this track.

This Jack-Blackless sequel isn’t quite as appealing as its predecessor, but for those that are fans of R.L. Stein’s books, this should prove entertaining. Sony’s 4K disc, as expected, knocks it out of the park with reference-quality visuals and a very robust Dolby Atmos soundtrack. The extras are a bit run-of-the-mill, but it’s better to have than have not. 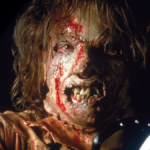 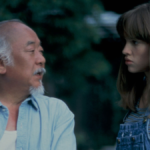