Before the Texas Chainsaw series got into the somewhat confusing and unnecessary timeline with the more recent films, they simply gave us sequels following the family and their killing spree. After the original, the films varied greatly in quality, but Leatherface: Texas Chainsaw Massacre III at least attempts to go back to its roots after the second film took a major detour from the first. My initial feelings regarding this second sequel were mixed, but after having viewed it again after all these years, it has gotten better for me. It’s one part road trip movie and another part a reimagining of the original film. Ultimately the results are mixed, but there are some genuinely frightening moments here. After thinking back on all eight Chainsaw films, this one probably falls firmly in the middle. It might not be saying much, but it’s certainly worth checking out at least once. I’m always bothered when the ladder films focus too much on the timeline and trying to explain how our title character came to be. In doing so it lessens the suspense, because it takes away his mystique. That and the fact that how much insight do we really require for a maniac wielding a chainsaw and killing folks?

We meet a young couple, Michelle (Kate Hodge) and Ryan (William Butler) who are also college buddies. They’re traveling through a rural Texas area so Michelle can return the car they’re driving to her father then they’ll disconnect and go their separate ways. There’s a checkpoint where the cops and investigation team are checking commuters. They won’t tell the two exactly what happened, but warned them to be careful and not stop for anyone. As they stop to get gas and clean up, they encounter a couple of interesting folks. The gas station owner is a bit of a creeper and then there’s a drifter named Tex (Viggo Mortensen), who may have more up his sleeve than he reveals. He asks the two for a ride, but they ultimately decline his request. He assists the two in leaving the gas station as the owner gets a little frustrated at Michelle. A flat tire leads them to a close encounter with Leatherface (R.A. Mihalioff). They manage to get away, but get into a wreck as they’re driving off. This leads to them meeting Benny (Ken Force) who is something of a survivalist and ultimately will help them trying to escape Leatherface and the rest of the Sawyer clan.

Leatherface was much more entertaining than I remember it being. The last time I saw the film in full was way back in 2003 when this first appeared on DVD. While I don’t feel this is the best the series has to offer, it marks a substantial upgrade over the second chapter. While it doesn’t give us tons of chainsaw mayhem, it provides more than enough thrills to please fans of this series. It also isn’t quite as goofy as the sequel that would follow this, starring Matthew McConaughey and Renee Zellweger, which I’ll review on this site at some point and still has its charms, despite being something of a mess at the same time. It’s also nice to see that this film attempted to progress the story and not try to tie it in with the other films that more recent Chainsaw outings did. A feature on this disc gets into some of the troubles the film faced from the MPAA and even the ending getting reshot a few times. I won’t spoil things, but a character that definitely was killed, miraculously comes back to life in the final moments. Horror films tend to take a lot of liberties like this, but this particular one takes the cake. I forgot the exact ending enough to where I was certain it was a dream sequence. It should be noted that this Blu-Ray only includes the unrated cut. The DVD offered both, and while I’ll always prefer this cut, having the option would’ve been a nice touch.

There’s always a fine line with these films (especially the original) when looking good, but maintaining the grain that was intentional. I’d say the transfer mostly succeeds in presenting this as it was meant to look. There’s the clarity in scenes that need it, but also the appropriate touches of grain to add to the authenticity of the look. In short: this transfer presents the film as it should look. It can be hard to see what exactly is going on in some of the night scenes, but that’s more of how it was shot than a fault of the transfer itself. The image is AVC encoded with a 1.78:1 ratio. While not a perfect transfer, it should still please fans of the film.

The DTS HD track is a winner as the vocals have the crispness to them, but the mayhem is what kicks things up. The buzzing of the chainsaw makes great use of the rear channels. The action gets kicked up a bit at the end and this track really lets loose. Like the transfer, this track proves satisfying.

The disc features some great features that are all carried over from the DVD. It would’ve been nice if some new stuff was produced, but what we get satisfies.

While not the best this series has to offer, it’s also far from the worst. It gets a lot of things right, but the Sawyer clan aren’t the most interesting characters. It provides just enough thrills and a few characters worth rooting for. The Blu-Ray presents the film in a positive manner and the extras (repeated from the DVD) are still worthwhile. Recommended for fans of this series. 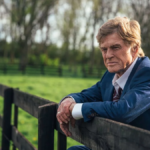 The Old Man & the Gun (Blu-ray)
Next Article 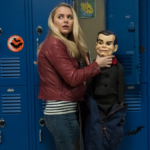