I have a few friends who say Halloween is their favorite holiday. My favorite tends to vary, but Halloween is definitely up there. That and the fact that I love the fall weather where I live is a big plus. It’s been over 20 years, but I recall going to a haunted house back with a friend when I was a kid and it was definitely a memorable experience. While the idea to build a film around such a thing isn’t the most original out there, it can still work when done well. Seeing Hell Fest for a second time on Home Video, I can say that some of the novelty from my first viewing wore off. This will happen with me sometime where a second viewing of a film isn’t quite as strong as the first. This can leave me somewhat torn when it comes to recommending a film or not, but for all intents and purposes, I think Hell Fest makes for a worthy rental. It gives horror fans enough of what they expect and includes some surprisingly sympathetic characters.

We meet Natalie (Amy Forsyth) who is visiting best friend, Brooke (Reign Edwards). They catch up a little bit, and Natalie tells Brooke that she isn’t crazy about her current roommate, Taylor (Bex Taylor-Klaus). While Natalie and Brooke haven’t seen each other in a while, Brooke eventually convinces her to go to Hell Fest. This is a horror theme park in town for Halloween. Brooke and Taylor bring along their respective boyfriends as well as Gavin (Roby Attal), a friend who is attracted to Natalie. The group all have their VIP pass and so it all begins. Things seem to be going ok, but there’s a masked man known only as “The other.” Natalie witnesses the other murder a girl on one of the rides, but she isn’t quite sure whether it’s real or just part of the experience itself. The other members of the group shrug it off, but later, they have a close encounter and realize that our masked killer stole photos from a photo booth. Now they know that the threat is real and the killer is as well. Obviously security doesn’t believe them, insisting that they came to the park to get scared and that is indeed what is happening.

Hell Fest gives horror fans more or less what they came for, at least in terms of gore. There’s a head getting smashed, a syringe to the eyeball and other things in that category. If that sounds like your cup of tea, then the movie should work for you. I like that it doesn’t linger on the shots too long before cutting away. So it’s not overly gross, though it earns the R rating. There are some good thrills and it did make me at least care about most of the characters. On second viewing, the experience wasn’t quite as good, but it does still warrant a rental. The ending is all parts, clever, frustrating and open to a sequel, like a lot of these films do. I think there’s potential for another chapter, maybe taking it to another setting or other routes, but I won’t spoil things.

The 4K HEVC 1.85:1 transfer is pretty consistently satisfying, even if the film itself is mostly set in dark locations, but Dolby Vision enhances the image with deep and rich colors. I’d advise watching with the lights out as to add to the experience. The print is pristine, though that isn’t surprising for such a recent film. Since the film is confined to a single setting for much of the running time, we don’t get a whole lot in terms of visuals, but the transfer satisfies.

The DTS:X track keeps us engaged and stays active throughout the film. The use of surround channels adds to the experience and makes us feel like we’re part of the ride itself. Dialogue has the clarity I’m used to, but the heavier moments are what make this a winning track. Like the transfer, this track is a winner.

I’ll admit that Hell Fest did more for me on a first viewing than the second. This could be from me seeing it in theaters the first time. Sometimes that’s just part of the experience. Still, it’s worthy of a rental as the film has enough pros to justify viewing. It’s not a horror classic, but gives the target audience what they expect. The ending is both daring and a bit frustrating, and leaves the door open for future installments. Rent it. 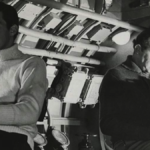 The Giant Behemoth (Blu-ray)
Next Article 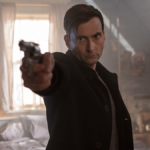