I’m always a fan of the sort of films that sneak up and really surprise you. That’s what happened to me with Bad Samaritan. I heard about the film, but only very little. It arrived and left theaters pretty quickly, but is actually one of 2018’s pleasant surprises. I’ll say early on that I think you should go in fresh and not watch the trailer as it’s best to see things played out without too much spoiled. I was on a big MoviePass kick last summer before the company went downhill rather quickly, and this was one of the many films I saw. While the film does run a bit long, it features a rather unique premise and the protagonist in the film is a criminal of all things.

Sean Falco (Robert Sheehan) and his buddy Derek (Carlito Olivero) have quite the system figured out. The two of them work as valets at a restaurant and take turns driving to the potential victim’s house as they dine in the restaurant to eat. It’s quite an ingenious setup as they cover for each other and the homes they intend to rob are never too far. They simply program the home address into the GPS in the cars and break in, often stealing items such as jewelry or even credit cards that arrive in the mail. Derek sneaks into a house fairly early in the film and has a close encounter with a large dog. It’s Sean’s turn next, but little does he know, he really shouldn’t mess with this one. Enter Cale Erendreich (David Tennant) as a sadist who drives a Maserati and is more than a little arrogant. As Sean enters his house, all seems well, but he discovers that Cale has a girl chained up in his house. Sean has quite a dilemma on his hands. It can be hard to report someone when you were in fact trying to rob that very person. I want to tread lightly and not reveal too many plot points as I feel it’s best to let the viewer discover. Let it be said that the film delivers some genuine tension and plenty of well earned thrills. The scene where Sean encounters the girl chained up took me by surprise both times I watched it. The film then cranks things up as Sean hopes to stop Cale, but Cale also outthinks Sean and Derek on a few occasions. The film grips you and keeps you with it.

After two viewings, Bad Samaritan holds up quite well. There aren’t any notable plot holes that I could think of. It’s a very well-paced film even if the ending goes a little longer than it should. It features a bit too much of the killer talking just long enough for the victim to pull through. Still, that’s a minor nitpick in an otherwise solid film. It’s original and has a pretty great premise even if it might tread familiar territory before long. I like the idea here that the thieves are the ones who end up trying to do the right thing. The acting is pretty solid all around, with Robert Sheehan playing a sympathetic enough character that we can route for him. On the flipside, David Tennant is quite frightening as he’s more than a bit unstable. He isn’t the usual foolish movie villain who makes dumb decisions, there are times that he very well could get away with his actions. A scene of him approaching a vehicle at night is filled with tension as we’re not quite sure how it’ll play out. Skip the trailer and go into the film fresh and you’ll likely have a good time.

We get a pretty consistently good AVC encoded 2.39:1 transfer. It features plenty of day and night scenes all with good detail and colors, to make the transitions consistent. It might not be an overly flashy film, but the transfer serves it well. Sony has been delivering solid transfers lately and this is no exception. Fans will be pleased with the results here.

The DTS HD track also is a winner, delivering a pretty consistent and active track. The big city background noise, banter and all comes through strongly. The score kicks up during many of the tense sequences, adding to the track. Vocals are fine as well, with everything adding up to an engaging experience.

A pleasant surprise, Bad Samaritan takes an interesting premise and delivers the goods. It can get a bit long towards the end, but it kept me with it. The performances are good and there are plenty of well-earned thrills. Recommended. 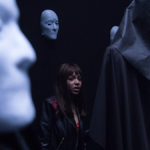 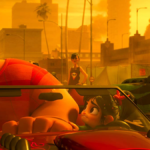