There are certain films that I can watch time and again. Steven Soderberg’s 2001 Ocean’s Eleven is one of them. I love it. It makes being a criminal seem cool. The original Ocean’s films ran their course, with varying degrees of quality. When an all-female version was announced my eyebrow raised. I have nothing against an all-female cast, but after watching the train wreck that was Ghostbusters (2016), I had some doubts. What really made the Ocean’s films work was the chemistry between the leads: Brad Pitt and George Clooney. In Ocean’s 8 we find Sandra Bullock taking the George Clooney role and Cate Blanchett the Brad Pitt role. Add to that, we’ve got three Oscar winners in this cast (Bullock, Blanchett and Hathaway) and three popular films to live up to. The question isn’t would it work, but what would happen if it didn’t?

Bullock plays Debbie Ocean, the sister of the character played by George Clooney. Upon her release from prison, she immediately goes into action with a plan to steal a diamond necklace valued at $150 million. She immediately enlists the help of her literal partner-in-crime, Lou (Cate Blanchett) to get the ball rolling. The plan is to find a way to get a notable Hollywood actress, Daphne Kluger (Anne Hathaway) to wear it at New York’s annual Met Gala. Debbie needs to assemble a team with the skills to pull this off. Jeweler Amita (Mindy Kaling), fencing expert Tammy (Sarah Paulson), insecure fashion designer rose (Helena Bonham Carter), con artist Constance (Awkwafina) and a computer hacker 9 Ball (Rihanna).  The fun in this film, as well as the other Ocean’s films, isn’t simply committing the crime, but how it’s done.

Admittedly, I wanted to dislike Ocean’s 8. But after viewing it, damnit – I really enjoyed it. It entertains. It really does. The cast plays so well off one another that I’d put it just below Ocean’s Eleven in terms of watchability. Not only are Bullock and Blanchett fun, but the ensemble cast does a fine job as well with Rhianna stealing nearly every scene she’s in. Heist movies are interesting because it’s entertaining to see characters pull of something that most of us will never do in real life. I’d have liked to have seen Steven Soderbergh take the reigns with this one (he serves as an Executive Producer), but director Gary Ross (Seabiscuit, The Hunger Games) has done a fine job.  Ocean’s 8 is a glitzy, glamorous and flat out enjoyable film to watch. Are you in or are you out?

There are many benefits of watching a movie in 4K as the viewer is treated to better picture quality, color depth and and overall more film-like presentation. In my own experience, I find that these benefit the ladies more so than the guys as they’re a bit easier on the eyes. Case in point, there’s no shortage of lovely ladies to look at here and though I’ve never found Sandra Bullock too attractive, I have to admit she looks good here. Cate Blanchett’s bleached blonde locks (complete with bangs) look stunning and I’d be lying if I said that every scene Anne Hathaway was in, my mouth didn’t drop just a bit – that’s an attractive woman. Moving on, we’re treated to some pretty exclusive scenes filmed in the Met Gala as well as some of the concrete jungle that is New York City. The 2.40:1 HEVC 4K image is nothing short of perfection with impressive colors, detail and everything in between.

Both the Blu-ray and 4K discs contain the same Dolby Atmos mix, no quality will be sacrificed by watching the Blu-ray over the 4K version. One of the things I always loved about the original Ocean’s films was the jazzy, breezy score. That’s been replicated here and composer Daniel Pemberton has done a fine job giving us just that. The scenes flow with an organic mix of drums and bass that give everything a sense of motion and mystique. Vocals are top notch as well, with all sounding crisp and clean. This isn’t a film that’s got a lot of intense action, much like the crime the characters are committing, it’s low key yet effective. It’s a nice-sounding track, that’s not overdone.

The Ultra HD disc contains no supplements, they all reside on the included Blu-ray.

There’s more to this film than meets the eye. Fans of the original Ocean’s films will find themselves right at home. The cast is breezy and plays nicely off one another, all the while giving us a heist film that’s worthy of any of the first three Ocean’s movies. Warner’s Ultra HD/4K disc gives us reference-quality video and audio, though the supplements are a bit scant. This is an easy recommendation. 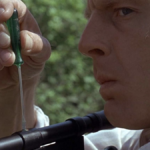 The Day of the Jackal (Blu-ray)
Next Article 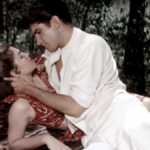