Robert Mitchum has over time become one of my favorite actors. After watching him every year in one of my favorite Christmas films Scrooged, I have enjoyed watching him recently in some of his classic roles. I watched him in both The Big Sleep and Farewell My Lovely (which have both been released recently by Shout Select) after watching WB Archive’s excellent release of Out of the Past. I had long suspected Mitchum of being an incredible actor after watching Night of the Hunter, but it has been wonderful discovering his range. When I recently received the WB Archive release of Home from the Hill, I was excited to see him take on another role.

The film starts off with a bang. Captain Wade Hunnicutt (Robert Mitchum,) one of the wealthiest men in a small Texas town, is barely saved from death when a bullet strikes his arm while hunting in a field. Rafe Copley (George Peppard) saw the assailant and pushed Wade out of the way or that would have been it. The man who had shot at Wade explained that Wade had slept with his wife. Wade was a notorious womanizer and adulterer. Returning home, Wade puts on an act for his wife as to what happened. Their marriage is for show. Hannah (Eleanor Parker) agreed to stay in the marriage as long as she was allowed to raise their son Theron (George Hamilton) her way. Things become complicated when Theron begins to show interest in hunting. Wade begins to assert himself in raising the boy since he has come of age. Soon Theron is training underneath Rafe, not realizing Rafe is his brother born out of wedlock. Things become even more complicated when Theron falls for a local girl whose father distrusts him due to Wade’s reputation in town.

The main reason to watch the film is the performances by the main players in the film. Robert Mitchum is excellent. His performance provides the emotional core of the film with his cold-hearted performance. He makes the performance believable even as the film becomes more and more melodramatic. He is just plain fantastic in the film. The film’s two young leads – George Hamilton and George Peppard – both turn in good performances and do well with the material.  It was interesting to watch how Hamilton approached the material and though some people have attacked his performance in some reviews I read, I thought it was pretty good. He pretty much nailed the whole “deer in headlights” look throughout the film that the role demanded.

The second-best reason to watch the film is the direction by Vincent Minnelli. Minnelli is best known for his musicals but his eye for staging a scene makes for some truly spectacular moments. I was particularly impressed with the scenes that take place involving hunting – one with a boar, and one a different type of prey. These scenes looked fantastic and took a lot of planning to execute. The cinematography by Milton R. Krasner in beautiful Technicolor still looks great today. I have nothing to disparage about either of these areas.

That said, there are three things that should be noted about the film. The first is that the ending to the film differs from that of the book. From what I have read, I would have preferred the ending in the book. Fans of the novel should be prepared for that letdown. Second, this is a melodrama. If you are not a fan of these types of films, the second half of the film will not be your cup of tea. Third, this film is longer than it needed to be. At two and a half hours, I feel like it is safe to say that they could have shaved off at least fifteen minutes if not a half hour and delivered a better film. I also felt like the first half was much better than the second half for some reason despite the majority of the action occurring in the second half.

Overall, this film is a pretty good melodrama about a disconnected family that suffers from its length. Recommended for fans of the genre due to the tremendous performance from Mitchum.

Warner Archive Collection have provided a transfer from the MGM archives in 1080p in the original aspect ratio of 2.35:1. This transfer looks very nice. Milton R. Krasner’s cinematography for the film is very evocative and beautiful at times. Minnelli had a good eye, and this film looks great shot in Technicolor. He knew how to manipulate the colors well. Fans of the film will be very pleased with how great it looks in high definition.

This DTS-HD MA 2.0 sounds very nice. The track has a well-done score by Bronislau Kaper that fits the film well, but also makes the film as melodramatic as possible. Fans of the film will be pleased to see the tender care that Warner have put into making sure all of the dialogue and music is even crisper and clearer than when it was first released.

Home from the Hill is almost a fantastic film. With some excellent performances and a fairly strong plot it has the right basic elements. Unfortunately, the film drags a little bit in the second half due to the length of the film. Vincent Minnelli did a strong job directing the film and Robert Mitchum steals the whole film. Overall, it’s not a perfect film, but fans of melodramas should enjoy it. Warner Archive has provided a fantastic transfer of the film and the soundtrack is great. For fans of this genre, the film comes recommended. 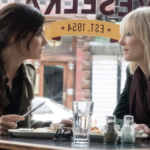 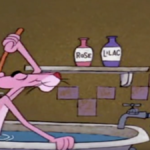