With the advent of streaming services like Netflix, Hulu and Amazon Prime it’s hard to tell which movies are “theatrical” and those that simply find themselves in traditional movie theaters. I will have to assume that Queen & Slim is among those in the latter category, but I suppose it doesn’t really matter. I’d not heard of this film prior to receiving it and had no idea what it was about aside from having what I’d refer to as a “silly name.” Then again, I’m guilty of judging on appearance and after watching this film, it’s something I really need to reconsider. Let’s get started.

We meet the main players of the film very early on (as expected). Queen (Jodie Turner-Smith) and Slim (Daniel Kaluuya) who’ve met on Tinder. She’s an attorney. He works at a big box store, Costco if you want specifics. They meet on a first date nervously making conversation and we believe that date won’t go anywhere. But on the drive home they’re pulled over by a policeman and Slim is racially profiled. Needless to say the situation turns ugly and Slim ends up shooting the cop in self-defense. He wants to do the right thing, but Queen surmises that they should run. They decide to head to Florida to go to Cuba. Things, as expected, don’t go according to plan.

My wife is a fan of “true crime” shows on television. I often watch these with her and have said out loud “I imagine it’s getting more and more difficult to get away with a major crime these days.” I don’t know what her reaction to this really is, but I’ll just assume that I’m correct. I do that. But this did get me thinking – the footage of Slim killing the cop does go viral (in the film). When every person on the face of the planet has a device capable of taking a picture and posting it to the world, how can one really hide from the crime be them innocent or guilty? Difficult, I’d imagine. If you ever needed motivation to obey the law – this should do the trick. Director Melina Matsoukas has roots in music videos, so it might seem that the film would take a few more liberties with the visuals. This isn’t necessarily the case. It’s a rather brutal and gritty look at life on the road and on the run. And it’s a wild ride.

I’ve never been to Cleveland, but as a fan of the film Major League, I’ve always wanted to go (and, yes, I realize that the majority of that film was shot in Milwaukee but go with me on this)! I will say that I’ve been to New Orleans on a few occasions and I love it. This movie takes the best of both worlds and manages to give an ultra realistic depiction of what the vibe of both towns are. Universal’s 4K image has breathtaking detail as well as a very vibrant HDR color palette. Of course, the usual caveats are present with an all-around good-looking picture that’s certainly indicative of a new-to-the-format film.

The Dolby Atmos soundtrack has several moments that really blew me away, though I’ll say that I still consider this to be a dialogue-driven film at its core.  That said, there are moments, especially the “gunshot” scene, that really resonated with me (and the speakers)! Vocals are pure and crisp, surrounds used enough to give some much needed ambiance and the LFE do add some oomph to a few selected scenes. It’s not the most active track out there, but I felt it delivered when needed and thus have no complaints.

I’m willing to bet that the fans of Queen & Slim know who they are. I wasn’t expecting this to move me as much as it did, but…it did. There are a lot of things that people take for granted and maybe me, as a white American male, I’m one who shouldn’t be so quick to complain about things. Nevertheless, Universal’s disc delivers the goods with exceptional audio and video and an insightful commentary by the filmmakers. I won’t say this film is for everyone, but if you give it a chance – it should be worth hit. 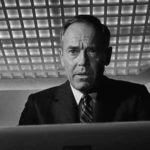 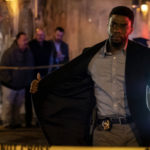