Chadwick Boseman is one of the few highlights in 21 Bridges. This isn’t an awful film, just an entirely average one that has just a bit too much of everything going on. Boseman is indeed a fine actor, but I do wonder what exactly he saw in this script before several others he likely had to choose from. I am in favor or more films of this sort, but this one is too much of a mixed bag to make a strong impression.

The star of the film is NYPD detective Andre Davis (Chadwick Boseman) who marches to the beat of his own drum. He’s something of a modern day Dirty Harry in how he operates. He lost his father who was killed in the line of duty. Clearly law enforcement runs in the family. His captain McKenna (JK Simmons) puts Andrea on a task to catch those who murdered seven of his men. He is partnered with Frankie Burns (Sienna Miller) to help solve the case, but clearly there’s more to this story than meets the eye.

For a while I was going with the film and indeed it isn’t awful, but I had a hard time caring and found some of the revelations a bit obvious. It seems the film is afraid to make a statement on law enforcement and corruption one way or the other. I wish the film would’ve left the politics out of it or had something more definitive to say. It at least moves along nicely and has enough to keep us from getting bored, but the end result could’ve used some work.

The 2.39:1 AVC HD transfer is quite pleasing to the eye. There’s a clean look to the film although it has a gritty feel, this presents it well. Details are strong and for such a modern film it looks as good as I’d expect it to. The city nightlight and lights add to the atmosphere and all is presented with an accurate feel to it. A majority of the movie is dark, though, I didn’t find the image challenged in the least. It’s indicative of what a new to Blu-ray movie from a major studio offers.

Also strong is the DTS HD track which stays busy constantly. Vocals have the crisp sound I like, but the action keeps us involved. Background details add nice depth to the track and bring us right into this world. Generally speaking “gritty cop dramas” aren’t renown for their robustness, though I did catch a few times craning my neck around to “catch” the sound. It’s a satisfying track that left me with no complaints.

21 Bridges is a decent rental and could’ve been a lot worse if we’re being honest, but it doesn’t resonate enough and seems to be unsure what it’s trying to say. For modern action thrillers, it’s better than most, but still not great. Worth a rental with caveats. 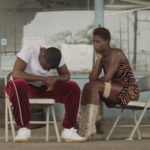 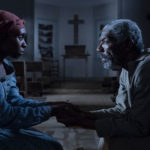