If ever there was a film that should look (and sound) good on Blu-ray I would have to imagine it’d be a Star Wars film. Not that it matters much, the rabid fans of this franchise have watched Luke and Han on every format available from VHS to Beta (yes, Beta), LaerDisc, DVD and now Blu-ray. I don’t even want to think how many copies of these films are on shelves. Having said that, Star Wars: The Force Awakens comes to the 4K format sporting a beautiful-looking 2.40:1 HEVC 4K image. Obviously the number of digital and CGI effects will play a part in how the film looks, but they’re so seamlessly integrated into the film you hardly even notice they’re there. We see the sheer scope of the wide image both in space and on the desolate planet. Flesh tones, for lack of  a better word, look warm and natural. Detail, as one might imagine, is impeccable showcasing every grey hair, wrinkle and nuance that the film has to offer. Put it this way, if there was a fault to be found – I wasn’t able to spot it. This is as good as anyone would imagine.

Seeing as how George Lucas invented THX, it would stand to reason that most any Star Wars movie would sound incredible. And that’s the case here. The included Dolby Atmos track uses every channel in its arsenal and with great effect and the added atmospheric effects really take the film to the next level. From the high-pitched laser fire to the humming of the lightsabers, and everything in between. Planets blow up, ships crash into the forest and battles are fought. Suffice it to say that this track has pretty much everything you’d expect out of a Star Wars movie and perhaps even a bit more. The LFE have a field day, bringing a vast robustness to some of the more action-oriented scenes. Essentially everything you’d expect this movie to sound like is realized here. A top notch effort, to be sure.

As is the case with all of the Star Wars 4K discs, this three disc set is merely the Blu-ray with the 4K disc thrown in. All of the supplements are found on the Blu-ray discs. 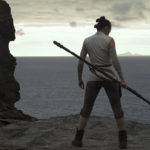 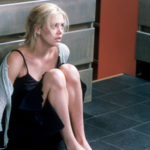