Live action family films aren’t exactly a dime a dozen like they once were, so The Kid Who Would Be King is sort of fresh in that regard. It’s not exactly a title I was in a hurry to sit down and watch, but duty calls. That isn’t to say I wouldn’t try to enjoy it, but these things admittedly don’t do much for me like they once did. Still, it should please the target audience just fine. Those looking for something a bit different from the animated features flooding the market should be pleased.

Offering a modern twist on the King Arthur tale, in this version we meet Alex Elliot (Louis Ashbourne Serkis) who is 12 years old and is bullied at school. Alex does, however, have one friend in Bedders (Dean Chaumoo). As Alex is running away from the bullies, he stumbles upon a sword which he discovers is the legendary Excalibur. The film gets a lot right with the origin story and telling us about Alex’s home life and absent father. Indeed it has its heart in the right place. I believe that it’s just too long, though. At close to two hours, the film starts to feel more like an endurance test at times. The action scenes and effects are well-staged, but can get too long at time. Still, I don’t think the target audience will mind as much as I did. Performances are also strong across all fronts.

While Kid isn’t something I will return to, I feel it should satisfy those who are wanting some live action family entertainment. It puts a modern spin on a classic tale and gives us enough bang for our buck. I feel some editing would’ve helped the film, but that’s a minor complaint. This film will likely please Harry Potter fans and those alike. It isn’t a new classic, but it gets more right than wrong.

For those who opt for this 4K version, you’re in for a treat. Having watched some selected scenes from the Blu-ray, the 4K version brings a bit more clarity, color depth and detail (as expected). Colors seem a bit more bold and brash, the effects even seem to have a bit more “punch” to them, though I’m sure it was the 4K placebo effect working its magic on me (see what I did there?). The wide 2.39:1 HEVC 4K image sparkles from beginning to end, showcasing most everything that the format is known for. While not perfect, it’s the next best thing.

Again, viewers will be treated to an upgrade with the addition of a Dolby Atmos soundtrack. This isn’t present on the Blu-ray and though not a “knight” (sorry, couldn’t resist) and day difference, there’s a bit more going on with this one. The diverse cast’s vocals all sound amazing, atmospheric effects bounce off every speaker and wall you’ve got to offer and it really helps immerse the viewer and put them in the center of the action. And that’s the point. It’s a shame that you’ve got to pony up for the 4K version to get this experience, but the spoils go to those who are so equipped.

The 4K disc contains no supplements. All of the bonus materials are found on the Blu-ray included in this set.

While admittedly this isn’t the first film I would’ve picked for me to sit down and watch and/or review, I didn’t mind it as much as I thought. Indeed, it should please the target audience just fine and that’s mostly what matters. It offers a nice change from some of the animated features that dominate the market these days. 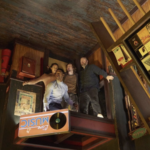 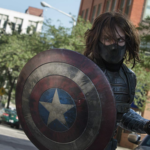