A moderate fan of westerns, somehow The Man Who Shot Liberty Vance flew below my radar. I was more than eager to check it out when review time came around. With screen legends Jimmy Stewart and John Wayne (no stranger to the western genre), I anticipated only great things. And indeed, great things came. While not my favorite all-time western, I still really enjoyed this one and will revisit it from time to time.

Set in the 19th century, we are introduced to Senator Random Stoddard (Stewart) as he returns to the frontier town of Shinbone. His wife Hallie (Vera Miles) is along for the ride as well. They’re returning for a funeral of an old friend named Tom Doniphone (John Wayne) and, through flashbacks, we learn of the backstory Tom Doniphone. Enter: Liberty Vance (Lee Marvin) who is a local outlaw and eventually Stoddard wishes to jail Vance’s assailant. There’s more to this story, but those reading this review either know it or I feel it best to experience for oneself.

What I liked most about Vance is the way the story unfolded and the relationships between our central characters. I read a few reviews stating how the film is open to a few different interpretations, and that is more than fair. It just shows that when we care about the characters and get to know them then the plot is more interesting because of it. It doesn’t hurt that we have some seriously fine acting on display here. This is a well-known and classic western and admittedly, my review can’t quite touch on all it has to offer. Rest assured that it’s a must-own for collectors and one of the finer Westerns out there.

Riding onto disc is a beautiful 4K master, the film looks simply stunning. I’ve said it before about Westerns lending themselves nicely to the HD format, and this is no exception. Many may not remember the film ever looking this nice before. I can’t speak of how purists feel about the transfer, but to my eyes it was impressive. I read reviews of both kinds, with some making mention of artificial grain, but none of that bothered me.

We also get a solid DTS HD track that has the clarity of clean sound I have come to expect. Don’t expect rear action or the subwoofer to kick in a lot, but it did what it set out to do. There is also a restored mono track should one be so inclined. I think either option works well, however.

A classic in every sense, this is a film that even the most casual collectors will want to add to their collection. There’s a plethora of supplements and it has been restored nicely. Recommended. 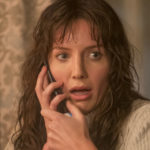 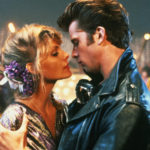