With the success of Grease there was bound to be a sequel. Granted, this was twenty years ago and sequels were generally only made for their very successful predecessors. Grease was one of those movies. But gone are John Travolta and Olivia Newton-John as they’ve been replaced with Maxwell Caulfield and Michelle Pfeiffer. Not that it’s a bad thing. This film was one that I grew up with, as I was a bit too young to watch the original. Yes, all of the corny songs are those I knew by heart and I can quote most of the lines of dialogue from the movie as well and they seemingly go on and on. It had been a few years, ok ten, since I’ve really sat down and watched the movie and I’ve got to say that there’s a reason that the Internet Movie Database ranks it as one of their Bottom 100 movies of all time. It’s not that good. Maybe I’ve grown up or maybe I’ve seen too many good movies and am spoiled by them. In any case, I still got a kick out of a few scenes; but this movie is not at all like its predecessor. Not at all…

Michael (Maxwell Caulfield) is an exchange student staying with Frenchy (Didi Conn, one of the very few characters who returned from the first film). Michael is instantly smitten when he meets Stephanie (Michelle Pfeiffer) and has it in his mind that he’ll do anything to get her. He, of course, sticks out like a sore thumb and he figures that in order to win her over; he’ll need to buy a bike, dress in black and join the ever-popular T-Birds. Like the original, this preaches all the wrong morals in that it’s not what’s inside that matters, only how you look, dress and who you hang around with that make you ever so cool. Ah, the movies of the 70’s and 80’s…

And naturally Stephanie is oblivious to Michael’s yearnings when he’s Michael. It’s not until he dons his “Cool Rider” (which, no doubt, inspired the song) garb that makes Stephanie all hot and bothered. Michael also has to contend with the T-Birds, led by Johnny (Adrian Zmed) and his group of low-lifes (but which does include Christopher McDonald, so that’s always a positive to any movie). Will Danny, er, Michael and Stephanie ever get together? Who knows…Grease 2 plays less like a sequel and more like a spin off. Hardly any of the same characters are back and though there are some fairly entertaining songs throughout, it’s fun to mainly sit back and laugh at them as opposed to the joy of the first movie. This may well be a movie that most of the actors would like to cross off their respective resumes; but we all make mistakes…

As many times as I’ve seen the movie, I’ve not watched it since I did the DVD review a decade or so ago. This is the first time I’ve seen the film on Blu-ray. That said, I found colors and flesh-tones appear natural and the black levels are right on cue. The movie mixes equally day and night scenes and all appear to look better than expected. It’s certainly a bit more “cleaned up” than its DVD predecessor, though as we all know, only the original will continue to get the love from the studio. Still, this isn’t half bad, but could certainly look better.

The included Dolby TrueHD track does sound a bit dated and “hollow” at times, but it was actually a lot better-sounding that I would have thought. Dialogue has a nice natural feel to it and though the surrounds don’t get used a lot, there are some pretty good scenes involving, you guessed it, motorcycle chases that make them kick in. On the whole, it’s not up to the par that today’s soundtracks set, but it’s not supposed to be. For a song-heavy film like this, I’ve heard a lot worse. This won’t shake the walls, but it gets the job done – which is the point.

You’d think that in four decades they could unearth a supplement, maybe even a trailer? You’d be mistaken. The movie is all we get here, folks.

Grease 2 will always live in the shadow of Grease. It’s just that way it is. And, to be fair, Grease is the superior film. But there’s a lot of memories (for me) with this particular film, so the nostalgia factor is off the charts. Paramount’s new Steelbook looks nice, but for a film that’s celebrating an anniversary, I think they could have given the film at least…something to entice viewers. 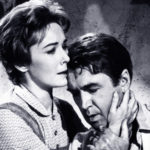 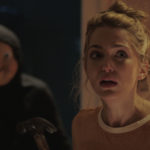