There’s going to come a time in the next decade that we’ll live in a world without Clint Eastwood. And that’s a damn shame. Eastwood’s been a staple of Hollywood for over fifty years and still continues to churn out some great performances on either side of the camera. Though he’s not been seen in a leading role since 2012’s Trouble with the Curve, he’s back in a true life story about a 90 year-old drug mule. You read that correctly and certainly this stuff can’t be made up. Whatever your taste in films is, it’s highly likely that there’s at least one Clint Eastwood movie that’s resonated. He’s got two Best Picture wins to his credit (Unforgiven and Million Dollar Baby), has uttered two of the more iconic lines in cinema history: “Go ahead, make my day.” and “Do I feel lucky? Well do you, punk?” And above all that, this Bay Area man epitomized “cool.” Simply put, once Mr. Eastwood is gone – there’ll likely never be anyone like him.

Eastwood plays Earl Stone, a veteran of the Koran War. He’s a horticulturalist in Perioa, Illinois where he’s won awards for his botany. But where he excels in his “job”, his family has taken a backseat. He missed his daughter’s wedding which estranges him from his wife and children. Add to that, his farm is in foreclosure and he’s essentially homeless. When kicked out of his granddaughter’s wedding, he meets a man who recommends him for a simple driving job. Earl doesn’t ask many questions and only knows he’s to pick up a package in El Paso, Texas and drive it to Illinois. He’s rewarded for his efforts. This doesn’t go unnoticed by the DEA and Stone is pursued by agent Colin Bates (Bradley Cooper). Appearances can be deceiving, so don’t let the fact that a man is 90 years old mean he can’t break the law!

Based on the story in The New York Times, this is one of those things (that I mentioned above), simply can’t be made up. And this is the first time that Eastwood has starred in one of his own films since 2008’s Gran Torino. He’s not lost his touch. And he’s surrounded by some top-notch talent with Diane Wiest and Bradley Cooper. But this is all Eastwood’s show. And while this may or may not be Eastwood’s final film role, I found it amusing (if it is) that both he and Robert Redford might end their respective careers playing criminals. Redford turned in a subdued, yet powerful performance as a bank robber in The Old Man and the Gun, another story ripped from the headlines. The Mule is a great film and it’s probably one of Eastwood’s better performances in quite some time. Consider your day – made. Punk.

With very few exceptions, Eastwood’s films have all been shot in scope. That’s to say the wider, 2.40:1 aspect ratio. And if memory serves, this is the first film starring Mr. Eastwood that’s been available in 4K. That’s both a good thing and a bad one. While the increased resolution gives us more scenic landscape of the mid-west, it doesn’t do a lot of favors for an 88 year-old actor. But we’ll let that go. Depth, dimension and detail all benefit from the 4K format and the HDR included, give the film a more down-to-Earth look. Textures, black levels and everything in between all look great. It’s a Warner movie and it’s a Clint Eastwood movie. Would you expect any less? No complaints here. None.

I’m a big proponent of any movie to feature a Dolby Atmos soundtrack. But there are some that just won’t benefit from it and if one fits the bill, it’s The Mule. The included DTS HD Master Audio sound mix does a fine job here, it’s mainly for Eastwood’s grizzled dialogue. It’s become a staple of his characters over the years. There are some ambient surround effects that persist, but on the whole this is a solid, well-balanced mix that’s sure to please.

We’re at the point where Clint Eastwood won’t star in many more films. His heyday is behind him. But he’s still Clint Eastwood. He’s made better films, but he’s made worse as well. There are a lot of things that made me chuckle and I just kept saying to myself “Hey man, he’s Clint Eastwood. He can do whatever he wants.”  And he does. Warner’s disc looks and sounds good, is light on supplements, but fans of Eastwood will want to snatch it up. Of course. 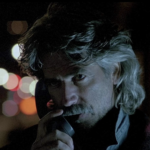 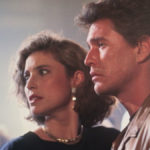