Shout!Factory has a specialty line within their label called Shout Select. That line focuses primarily on comedies, documentaries, and dramas that would not fit as well into their  Scream Factory line. This line has already released one of my favorite comedies of all-time Dirty Rotten Scoundrels alongside special editions of The Adventures of Buckaroo Banzai and Used Cars. Now they have released a special edition of Ridley Scott’s 1987 thriller Someone to Watch Over Me. That film was released after Ridley Scott had changed the world of science fiction filmmaking with Blade Runner and Alien. Blade Runner was not a financial success at the time so Ridley Scott’s next film was thematically a little safe. He was seeking to show the studios that he could make a film that would come in under budget and also showcase acting versus special effects. Arriving just two weeks after Fatal Attraction changed irreversibly the landscape of the romantic thriller, Someone to Watch Over Me was in many ways the last of its kind.

As the film begins, in Queens, Mike Keegan (Tom Berenger) is throwing a party at his house with his wife Ellie (Lorraine Bracco,) their son Tommy, and some of his best friends on the force to celebrate his promotion to detective. Meanwhile, across New York at an elite party, socialite Claire Gregory (Mimi Rogers) runs into her friend Win Hockings (Mark Moses.) Win convinces her to leave her wealthy date and meet him in the basement. Unbeknownst to her, Win has just bought out his partner Joey Venza (Andreas Katsulas) against his will. Joey takes this personally and stabs Win to death. Claire sees the murder take place. Joey gets a good look at her as she runs onto an elevator. Lieutenant Garber (Jerry Orbach) puts Mike in charge of watching over the witness to the crime. Until Venza gets brought in, she needs to be kept safe. Claire lives at the nicest apartment in New York. Her friend Neil Steinhart (John Rubinstein) tries to convince her to avoid testifying, but she feels it is her moral obligation after seeing her friend murdered. Against his best judgement, Claire and Mine go to the Guggenheim for an event. When she goes to the restroom Venza gets to her and delivers a stern warning that if she identifies him, she will wind up dead. Venza makes his way out of the Guggenheim and turns himself in. As you might expect, pretty soon Mike and Claire become attracted to one another and Mike finds himself torn between his love for his family and his newfound desire for Claire.

As a married man with kids, these types of movies make me feel incredibly nervous. I am pretty monogamous by nature, and thinking about wrecking my family life with an indiscretion makes my stomach ache. This has not stopped me from enjoying movies where the lead character philanders. My wife and I watched every episode of Mad Men. That said. I enjoyed the approach that Ridley Scott used for the material. Fatal Attraction would show the sexuality on screen that Someone to Watch Over Me would only allude to. There is no nudity in the film. In fact, if you took out the cursing in the film it could be argued that the film would deserve a PG or PG-13 rating. These types of romantic thrillers were common and then, just like that, they were gone. For myself, it was a welcome change of pace to not see the characters have a sex scene. It made the film feel classier than the competition.

The drama in the film, while somewhat obvious, is well done. Tom Berenger plays his role very realistically. He looks pretty beat up over his bad decisions in the film, and I really felt for him. I thought he did a great job in the role. Lorraine Bracco is great in the movie. She is so empathetic that she makes the film hard to watch at times. Mimi Rogers is similarly solid as Claire. One of the principal failings of the film is that Lorraine Bracco plays her role so well that Claire can never fully win the sympathy of the audience. She is a wealthy socialite homewrecker and just because she is in danger does not make the audience root for her.

The principal failing of the film is that the ideas the film explores do not feel extremely fresh. The plot is pretty thin. That said, the dialogue in the film is well-written and the characters behave in realistic, if sometimes idiotic and self serving, ways. The movie probably would not be worth seeking it out of it were not directed with aplomb by Ridley Scott. Scott is a visual artist and was at the height of his powers for visual flair. His skills that he had displayed in all of his advertising jobs in the Eighties were put to good use in the film. The cinematography is beautiful including a scene at the iconic Guggenheim that looks great. The smokiness and defined lighting that set the tone for his films at that time is here in full effect. Stylistically the movie really works.

The soundtrack of the film is pretty fun and interesting. The theme of the film by the Gershwins is performed by Sting and is a pretty number that I just as easily could imagine being sung by Ray Charles. At the end of the film it is performed by Roberta Flack. Other songs used in the film are very much of their time.

Overall, Someone to Watch Over Me is an enjoyable romantic thriller that is not terribly memorable because of the thin scripting. With solid acting, cinematography, and direction, it is still worth checking out.

Someone to Watch Over Me looks fantastic on Blu-ray. Presented in 1.85:1 aspect ratio with an MPEG-4 AVC Encoded image, the 1080p presentation looks great. Ridley Scott films have always held up as exemplary on whatever format they are released in. This film is no exception. The cinematography work performed by Stephen Poster looks great. The film is shot with a lot of darkness, shadows, and smoke. The film looks filmic but the grain is so fine that it almost disappears. Fans are going to be very pleased.

Someone to Watch Over Me is a visually appealing romantic thriller featuring some good performances. Ridley Scott delivers some fantastic visuals in the film and Tom Berenger is very believable. The movie’s only downfall is that the script is a little thin. The dialogue is great but it feels like they should have added a little bit more complexity to the actions taken in the film. It is worth noting that this film is a class act as far as romantic thrillers go. Shout!Factory has provided a superb transfer of the film and both supplements are worth watching on the disc. 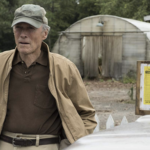 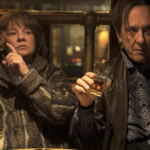