I’d said in my review of Trolls that “…I have no idea what a “troll” is.” Not a lot has changed in the four years since I watched that film. I know they’ve got wild hair and are generally pink or orange in color. But yeah, aside from that, I had no idea what to expect when watching this movie. And having just turned another year older, I can say that this film is more likely than not aimed at a guy in his early to mid 40’s. And if it is, well…I don’t know what to say. Moving on, I will say that the world of animation does allow filmmakers to do and, for lack of a better term, “get away” with things that most likely wouldn’t be too kosher in a live action film. Are the trolls cute? Yep. Do the bright colors and pop music make them seem happy and harmless? I’d say so. But there’s a little more than meets the eye with these things, oh yes! This is now the second installment, so if you wanted more then your wish has been granted.

This time around we find Poppy (voiced by Anna Kendrick) and Branch (voiced by Justin Timberlake) who discover that there are six troll lands, with each land producing its own form of music. A rock troll named Barb (voiced by Rachel Bloom) essentially plays the ultimate baddie and has a plan to steal the magical musical string of each land and add it to her own electric guitar. This will, in turn, make all the Trolls bow down to the power of heavy metal music.  Poppy and Branch set out to stop her and because this is a sequel, there are more characters added. The addition is a country Troll named Hickory (voiced by Sam Rockwell).

If any of this sounds familiar it’s because it is. It’s essentially a rip off of the MCU and if you replace Barb with Thanos, then you’ll get the idea. I have to believe that this is intentional and not some sort of coincidence. And if it is coincidence, I’m sure the lawyers for Universal and Marvel are having a field day with this one. All that said, the movie is fun and does have a few clever moments. If you think of this as a Pixar movie and nothing more, then you’re likely to get a little more pleasure out of it. But it’s not, so…use your imagination. There’s some top notch talent involved here as well, and these folks really can sing. Then again most actors can carry a tune. Put it this way, if you liked the first one (or, more to the point, the kids) then this is more of the same.

Generally speaking, any movie that’s of the computer animation genre will look amazing on your television. And this is the case with Trolls. What – you thought it’d look bad? Granted, your target audience might not care if the 2.35:1 HEVC 4K transfer sparkles with every color of the rainbow. They might not take into consideration that the images are razor sharp and that the texture is clearly visible on their, uh, “skin.” I’m quite sure that the little ones won’t factor into account that the high dynamic range is nearly off the charts. No, more likely than not they’ll just laugh at the way some of the trolls look. And that’s fine, but for the rest of out there – it’s quite a sight.

Depending on which version of the movie is played, Blu-ray or Ultra HD/4K, you’ll get a bevy of different soundtracks. The Ultra HD version does sport a superior Dolby Atmos track that’s downsampled to a nearly equally robust Dolby TrueHD track. If you choose the Blu-ray, and I don’t know why you would if you ponied up the cash for the 4K version, you’ll get a nice-sounding DTS HD Master Audio track. You really can’t go wrong here, both Kendrick and Timberlake have no problems with their roles and we know that both can carry a tune. Surround effects are prevalent, the front stage never stops working and I wasn’t really able to find anything wrong with the way this sounded. Get your troll on here. I just typed that. Odd.

I really had no idea what Trolls was when I saw it. I felt the same way here as well. Given the box office of the first, a sequel was inevitable but with this one well…I don’t know it there’ll be a full Trolls trilogy. The disc looks and sounds amazing and should keep the little ones entertained for quite some time. 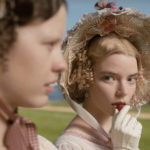 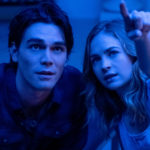