There are several red flags when it comes to me, my personal beliefs, my choice in music and movies. And they all come up in the course of this review. Sit back folks, this will be an interesting read. Ok, where to begin? First off, I don’t really care for Christian music. Never have and most likely never will. And this is coming from someone who lived in Arkansas for nearly two decades. If ever there was a black sheep, it’s me. And when it comes to religion I’m just…indifferent. I don’t chastise those who “believe” (quotes used intentionally), but it’s just not my thing. I can’t flip my “faith” switch from off to on. And even if I could, I don’t know if I would. So why in the world would a guy like me sit down and watch about a country music star in the most spiritual of films? Honestly, you got me. I have no idea. But I’m all about trying to broaden my horizons.

Based on a true story we meet Jeremy Camp (K.J. Apa) who crashes backstage at a Welcoming Concert. He quickly meets and befriends the lead singer/guitarist Jean-Luc (Nathan Parsons). It’s then that Jeremy catches the eye of a student in the audience, Melissa (Britt Robertson). The two form an instant friendship that leads to the two getting married. They’re both in college, or at least we assume so though we never really see them in class. The two become married and I don’t think that I’m giving anything away by saying that Melissa develops Cancer. The film explores the power of faith and prayer in which Melissa becomes temporarily “healed” so the duo can enjoy a short time of marital bliss. But, life throws them a curve and, well, now we have this film. You connect the dots.

I’ve lost a few close friends and family members and some to Cancer. I even said to my parents recently “is this what getting older is, people just start dying.” Both shook their heads in agreeance. Yes, it sucks. People live, love and die. Watching films like this just aren’t my thing. It’s not that I Still Believe is a bad movie, far from it, the Erwin brothers have found a fairly unoccupied niche in Hollywood and I’m sure they’ll continue to explore it. I have no idea who Jeremy Camp is, but evidently his book was enough to green light a major motion picture. If movies like Breakthrough or Heaven is for Real are your thing, then you’ll be right at home here. But unless you want to hold a box of Kleenex next to you for 116 minutes, I’d pass.

Contrary to popular believe, not every “Christian” film looks like it was shot with a thin piece of gauze covering the lens, giving the film a very spiritual look. I won’t say that this film doesn’t involve some rather, uh, “creative” choices visually but by and large this is a pretty standard-looking film. And certainly K.J. Apa and Britt Robertson aren’t exactly hard on the eyes. That said, the film employe some rather interesting visuals, most of which work. As expected, detail is top notch, colors pop and we’re treated to several bright, vivid scenes. Lionsgate’s discs are usually at the top of the run when it comes to their transfers and this is no exception. It’s a great-looking film that’s sure to please.

I was pleased to find a Dolby Atmos soundtrack on this Blu-ray. Most of those are relegated to the 4K discs. And it’s used very effectively, in particular during the concert scenes. There’s a plethora of dialogue in the movie, all of which sounds rich and crisp. But I kept finding myself impressed at how dynamic and robust this track sounded. It really took me off guard (and I have no idea why). The aural atmosphere is rich with acoustic guitars and cheering fans juxtaposed with some fairly sad and downtrodden moments. Still, this one’s a winner overall.

I’ve been a bit hard on spirituality and religion in this review. It wasn’t intentional. Still, there’s something to be said for faith. I don’t have it. I wish I did. But there are plenty of others out there that make up for my shortcomings. That said, I wasn’t too terribly taken with I Still Believe. No doubt Lionsgate’s disc sounds amazing and features enough supplements to (possibly) warrant a purchase. If this genre is for you, then you could do a lot worse. 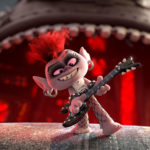 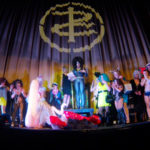