I read an article somewhere recently that was talking about Tropic Thunder. The context was that it was the type of movie that couldn’t be made today. That took me off guard. I mean, the film isn’t that old (15 years old as of this writing). But the more I thought about it, the more I think the article might have had a point. A lot has changed in the past decade and a half and stereotypes might now be viewed as insensitive as opposed to funny. But I like to laugh and regardless of the film’s current cultural status – I’ve found it funny for years. Writer/Director Ben Stiller assembled perhaps one of the better casts with this endeavor, so in addition to him, Jack Black and Robert Downey Jr. we’ve also got the likes of Danny McBride, Nick Nolte, Matthew McConaughey and of course…Tom Cruise. It’s odd to think that out of Cruise’s acting credits, he might be most remembered for his “fat hands” portrayal of Diet Coke chugging Hollywood producer Les Grossman. It’s a sight to behold and if you don’t die laughing at the ending credits (complete with his dance) then you’re not someone I want to know.

We’re greeted with a fake commercial that introduce us to the three main characters: Tugg Speedman (Ben Stiller), an action star whose career has his the skids thanks to too many sequels. Kirk Lazarus (Robert Downey Jr.), a serious actor whose artsy roles have merited him five Oscars and Jeff Portnoy (Jack Black), a comedian with a pretty bad drug problem. The trio along with Chino (Brandon T. Jackson) and Kevin (Jay Baruchel) come together to film a war drama directed by Damien Cockburn (Steve Coogan). Per the suggestion of Leaf Tayback (Nick Nolte), the actors are dropped into the jungle where they’re faced with a real-life heroin operation. Things go from bad to worse when the cast is left on their own and only Speedman manages to figure out the real danger that they’re in. Relying on the help of Hollywood, Speedman’s agent (Matthew McConaughey) and Producer Les Grossman (Tom Cruise) work to try and get their meal tickets home in one piece.

The film plays on various stereotypes that are so spot on, it’s hard to even type this with a straight face. But that’s part of the genius of the movie – what’s better than a dose of reality in a movie? Add to that, it’s hard to pinpoint the best performance. All the actors are firing on all cylinders with Downey Jr. probably taking the cake with his portrayal of Kirk Lazarus. There’s nothing to dislike about this movie, unless you’re the bleeding heart type that’s offended. If you are, I’ve covered my opinion of what I think about that in the last sentence of the opening paragraph. There are drugs, there’s killing, things (and people) blow up. And you know what – it’s funny! This movie will forever alter your perception of Tom Cruise and not in a bad way. If this movie truly couldn’t be made today, then I’m ever-so-thankful that it was made when it was.

There are two different cuts of the movie on two different discs. The good news is that we do get a new 4K picture on the theatrical cut, while the Director’s Cut is relegated to the Blu-ray. If that’s a deal-breaker, then…so be it. My main focus was, of course, the Theatrical Cut since I’d seen the Director’s Cut (and, after all, what’s the point of having a 4K disc if you watch the Blu-ray that’s been out for years?). That said, the new 4K image is positively stunning. The majority of the film takes place in the jungle so we’re bombarded with green. Green everywhere, man! But the jungle has never looked as dense and detailed as it does here. Even things like the actors’ faces – Robert Downey Jr.s “black” makeup and so forth. We see pores on the skin, abrasions on the flesh and even Simple Jack has never looked as glorious as he does in 4K. The Director’s Cut doesn’t look “bad” by any means, but when compared to the 4K image on the Theatrical Cut – it’s a no-brainer as to which one to watch.

If memory serves, we got a Dolby TrueHD mix with the original Blu-ray. That’s been upgraded (if you will) to a DTS HD Master Audio mix that seems to up the ante just a bit. Vocals are spot on perfect. Downey’s deep voice commands the screen, but let’s not forget the perpetual yelling by Tom Cruise’s Les Grossman – it’s stunning. Guns fire, things blow up and we’re treated to a pretty dynamic soundtrack that made me stand up and take notice. Certainly it’s not the “end all be all” of sound mixes, but it more than serves its purpose here and I doubt anyone will have any complaints.

Movies about the industry making fun of itself are a guilty pleasure of mine (and I’m willing to bet, a lot of folks). And none did it better than Tropic Thunder. The cast is, simply, amazing in every regard. This is one of those movies that I can (and do) watch about once a year and it never gets old. Kino’s new 4K offering has the Theatrical Cut of the film looking its best. Now if only we could get that treatment on the Director’s Cut… 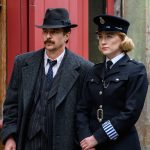 See How They Run (Digital)
Next Article 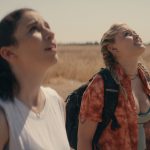