One of the most delightful things to happen in the Blu-Ray market in the last couple years is the Warner Archive Collection. By focusing on a broad range of films in the Warner Bros. Archive they have been able to deliver beautiful transfers of films that may have never been released in a superior format were it not for film collectors. Their most recent release is The Accidental Tourist from screenwriter and director Lawrence Kasdan based upon the novel by Anne Tyler. I really like that this was a pick that they made because I have a soft spot for Kasdan’s films. Kasdan is probably most well-known for his screenwriting credits (The Empire Strikes Back, Raiders of the Lost Ark,) but he has also directed some great films (The Big Chill, Body Heat.) I had not seen The Big Chill until about seven years ago, but I immediately realized that it was one of the most realistically sentimental films I had seen. Our generation spends a lot of time trying to be so cool that we fail at being human or sincere. With that on my mind I popped the movie into my player.

The Accidental Tourist is a romantic comedy and drama. The premise itself is as sad a premise imaginable. William Hurt plays Macon Leary, a famous travelogue writer known for his Accidental Tourist book series. His specialty is helping people to avoid feeling away from home when they are away from home. This means minimizing human interaction and avoiding all the tourist attractions that would make them feel like they have left their sofa. Macon has recently suffered a tragic loss – his young son was killed in a restaurant during a hold-up. To make things worse, his relationship with his wife, Sarah (Kathleen Turner) has fallen apart and she has left him. This has left Macon alone with his dog that is now having behavioral issues. When the dog inadvertently injures Macon’s leg his neurotic family take Macon into their house. All of his family are fairly neurotic and need each other to perform fairly normal functions. Their specialty is reorganization of dry goods and files. Through a chance encounter Macon meets Muriel Pritchett (Geena Davis, who won an Academy Award for her performance) – an eccentric single mother that works as a dog-trainer for a living. As Muriel tries to help Macon get over the death of his child, Macon develops a friendship with her son. At the same time, Macon’s estranged wife begins to pursue him again.

The performances in the film are solid. I really enjoyed both Geena Davis and William Hurt in the film, but Bill Pullman is really good in the film also. The writing for the film is sentimental but doesn’t overreach. Kasdan once again proves himself a consistently viable director. The cinematography by John Bailey (Groundhog Day) is dependable and gets the job done. I really enjoyed the setting of the film on the streets of Baltimore.

As I was saying earlier, I like films like The Accidental Tourist and The Big Chill. They revel in optimism while not pretending that horrible things don’t happen to good people. Our generation could use a little but more of that. While not by any means a perfect film, I was happy that I watched it.

Warner did a great job on the transfer of the film using an MPEG 4 AVC codec of a 2K restoration. The film itself uses a good amount of soft light, similar to the look of The Big Chill, which was also shot by cinematographer John Bailey. Fans of the film will be glad to see the excellent care given to the material. This movie is not exactly going to explode off the screen, but the uptick visually from the Blu-Ray treatment helps allow more nuance to enter the film.

A very capable DTS-HD Master Audio 2.0 track more than gets the job done. The score from John Williams is really fantastic and adds a lot to the film. This is not the most immersive surround track that you will ever hear, but it absolutely gets the job done. The dialogue is crisp and clear and I did not notice much hiss. Directionality is somewhat limited, but like other Warner releases fidelity is very strong to the original elements.

The Accidental Tourist is a great film if you like sentimentality in films. I am a bit of a sucker for this type of things and I miss the sincerity of the films that I grew up watching. I don’t know if films like this are even made any more today, and I think that is a shame. The film deals with heavy subjects with a real delicate touch. The performances are also excellent. Technical specs are as good as you would expect from the Warner Archive Collection. For fans of the film, the supplemental materials are pretty interesting. 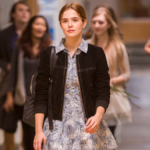 Before I Fall (Blu-ray)
Next Article 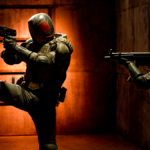