Certainly one of 2016’s more interesting films, The Accountant is sure to be very divisive among viewers as well. It’s certainly an unusual film and also one of the better, against-type performances from Ben Affleck. I certainly won’t look back at 2016 as a great year for films, but Accountant is one of the few that stood out to me. All of the actors are at the top of their game and the story, while complex, keeps us with it. Regardless, it’s certainly not quite like anything I’ve seen.

To explain the plot of this film is something of a challenge since there’s a whole lore going on. Actually, that might be one of the few flaws is that it bites off more than it can chew at times. Still, I’ll try my best and avoid any potential spoilers along the way. Affleck plays Christian Wolf. He’s an accountant who has autism and is very meticulous about his work. The film begins where we meet him as a child at a private school. The doctor tells his parents that with a bit of help, he will be able to lead a normal life. His father refuses this as he feels the world isn’t going to take it easy on him. Christian has a brother as well. We cut to present day, but we’re treated to flashbacks throughout the film of the two brothers being trained to defend themselves by a teacher while under their father’s guidance. There are a few parallel stories as well. One of them involves J.K. Simmons as a Treasury Agent Raymond King who’s after the accountant. He enlists the help of a data analyst who lied on her resume about her record. If she helps find the accountant, Kind will clear her record. There’s another plotline involving Christian checking the books for a company that specializes in living robotics for prosthetics. It’s here that we meet Dana Cummings (Anna Kendrick) who assists Christian with the books. We see the two of them grow closer as the film progresses. Eventually, Wolf has to protect himself and her as they’re now targets since they discovered a leak with the company.

All of this sounds much more complicated than it is in the finished film. Still, there is a bit much going on that some areas of the film can feel shortchanged. It almost feels like a mini-series cut down to feature film length at times. Still, I don’t view this as a fatal flaw as the film kept me with it. The story is involving, there’s plenty of action and a few nice twists as well. I especially liked the Jon Bernthal character as the hitman. It won’t be for everyone and the pieces don’t always fit, but there’s a lot to enjoy here.

The transfer is top notch as it delivers a consistently satisfying image throughout. Colors are strong and deep, details are solid as well. Sharpness was on point and the print is pristine as well. I expected no less from such a recent film, and this delivered. The image is HEVC encoded with a 2.39:1 ratio.

The Dolby Atmos track can feel a bit limited at times, but does seem to improve upon the DTS HD Master Audio track included with the Blu-ray. By no means is it problematic, but I had to adjust the volume quite a few times. The action sequences are fine, but the vocals feel a bit more limited than I would’ve preferred, especially for such a recent film. The music is nice and has good depth, but I just expected a bit more range. Overall, it’s not a deal breaker.

It won’t be for everyone, and there is a bit too much going on, but The Accountant is still largely entertaining. It’s nice to see Affleck try something a bit more challenging and different than what we expect from him as well. It’s also great to see a film today that isn’t about superheroes or a remake. The film comes recommended. 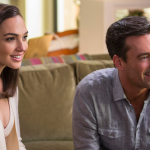