Shout Factory is one of my favorite film distributors mainly due to their label Scream Factory that focuses on pristine releases of cult classic horror films. No releases are quite as special to me in their catalog as their releases of John Carpenter films. I am an unabashed die-hard John Carpenter fan, and I would stack their releases of The Thing, The Fog, and Escape from New York against any major release from any other label, including my beloved Criterion Collection. John Carpenter is also one of the most influential film-composers of the last fifty years. John Carpenter is also the only director that has ever replied to a short Q&A from me, which secured my belief that he is one of the most down-to-earth creative geniuses ever. He is, simply put, the greatest. That is why I decided to purchase the Shout Factory release of his classic second film, Assault on Precinct 13.

Assault on Precinct 13 begins with six gang members being brutally gunned down somewhere in Los Angeles. In response, the gang members decide to wreak havoc. Reporting for duty at Precinct 13 is officer Ethan Bishop (Austin Stoker) who is watching over the station for its last night in existence. The station has been moved to a new building and Ethan is just there with a couple secretaries and senior officers. Also, the phone lines are down. A bus shows up from a prison carrying a couple dangerous criminals, including Napoleon Wilson (Darwin Joston.) They need to stay at the precinct for a little while because a prisoner has taken ill. (SPOILER – SKIP A COUPLE LINES) Meanwhile, across town the malicious gang members indiscriminately kill a little girl at an ice cream stand, and her father kills one of the gang members in retaliation. The gang members follow him to the police station. At this point the gang members begin to lay siege to the station with silenced weapons, and the prisoners and officers are forced to band together to stay alive.

Assault on Precinct 13 was just John Carpenter’s second film, but it already has a lot of the elements that define his best work. The pacing for the most part is excellent. There is an element of claustrophobia which defines most of his film work. There is humor and violence. It also has the same type of ballsiness that only Carpenter could pull off with an infamous scene that I spoiled above, which is absolutely amazing. The trademark Carpenter synth score sound is already present as well. All of it comes together for a very enjoyable film.

That said, a few elements are not quite as well-rounded. Some of the dialogue seems a bit rushed or a bit unconvincing. Some of the sound effects are dated (understandably.) I found the actor who played Napoleon to be enjoyable, but not entirely convincing.

Aside from some minor gripes, I thoroughly enjoyed Assault on Precinct 13. It was way ahead of its time to the point that it has already been remade (decently) with Ethan Hawke and Lawrence Fishburne filling in the roles. If you live John Carpenter films, you owe it to yourself to check this one out.

A fantastic job on the transfer of the film using an MPEG 4 AVC codec of a new 2K restoration was done by Shout! Factory. The transfer is another solid effort by Shout Factory and the image looks natural and good, retaining the full filmic look. Contrast, coloring, depth, and detail are all excellent. There are only a couple noticeable drop-outs in image quality and they are relatively minor. Douglas Knapp’s Panavision cinematography looks great and has really stood the test of time. Considering that this movie was made for only $150,000 in 1975, it is really a great-looking film. I am glad it was put in such capable hands.

Shout Factory has really done an excellent job on this release. They have provided a brand new DTS-HD Master Audio 5.1 track that sounds fantastic, and a 2.0 track. The 5.1 track does well with the directionality of all the gunshots and debris, but really shines on the John Carpenter score. It sounds absolutely great. That said, as I mentioned earlier, some of the Foley effects are a bit dated, so expect to hear some familiar effects!

Assault on Precinct 13 is John Carpenter’s second film and shows that he had already developed his unique sensibilities by his sophomore feature. While not a perfect film, I really enjoyed it. Shout Factory have provided a great transfer and some really enjoyable supplements. Well worth checking out for any fan of Carpenter’s work.

Note: I was lucky enough to get to ask John Carpenter five questions in conjunction with the release of this film. As a huge fan this was a huge thrill. The interview can be found here. 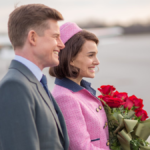 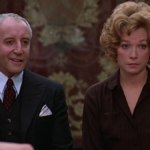