There was certainly no shortage of disaster films during the 70’s. From The Towering Inferno to Earthquake to Airport to name just a few. Avalanche as Robert Forster describes it on this disc is a “Disaster movie on a budget”. That’s clear early on since the effects look especially shoddy. We still see flicks like this today, but the two big differences are the heavy use of CGI and the lack of big name actors. That’s one thing this flick has going for it; you’ve got Rock Hudson, Mia Farrow and, as mentioned, Robert Forster. Of course, the story is weak and nothing more than a lame excuse to bring the avalanche into play.

The film stars Rock Hudson as David Shelby. He’s the owner of a ski resort who refuses to believe that there’s a need for concern when he learns of the avalanche. Robert Forster plays Nick Thorne, he is the one most concerned about the avalanche and he and David disagree over the need for panic. There are long stretches when Hudson seems to disappear from the film all together. As mentioned, there’s little in the way off actual story here other than to get to the action. I’d like to say that Avalanche at least acts as a guilty pleasure, but there’s so little of interest here that the film becomes a total dud. The cast gets lost in the shuffle, but even the action scenes disappoint. If you’re a fan of disaster flicks then I’d suggest looking elsewhere since there’s little value in this film. It should be noted that, despite the PG rating, there is a bit of nudity in the film.

There are some inconsistent moments with the transfer, but overall, it looks quite nice. Actually, at times it’s so good that it only shows how cheaply made the film was. There are a few print flaws early on as well as occasional grain, but overall, things look sharp. The image is AVC encoded with a 1.85:1 ratio.

We get a 2.0 DTS HD track that works about as well as it should. Vocals seemed decent, but this is never as robust a track as you might expect. Since this is only 2 channels, it doesn’t become as involving as one might hope, but it works well enough. Fans probably won’t complain too much either way. 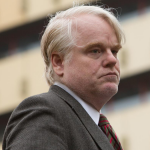