A man walks down the seedy streets of New York, all alone with a large basket under one arm, headed toward an unknown location. This man is Duane Bradley (Kevin Van Hentenryck) and he is in New York for the first time, so he is looking to find a hotel and settle down for the night. He chooses the first place he sees, which turns out to be a run down dive that costs twenty bucks per night, which Duane can afford. He soon runs out for some food and when he returns, he opens the basket and drops some burgers inside, which results in strange actions inside the basket. It seems some kind of creature lurks inside the basket and has it happens, the creature within is Duane’s brother, Belial. It seems Duane and Belial have some business in New York and it is not pleasant business, to say the least. The mission is to exact revenge on the surgeons who separated them, lethal revenge at that, as Belial murders them in brutal fashion. But when Duane gets involved with a woman and loses his focus, Belial becomes enraged and the once strong bond between brothers, slowly starts to unravel.

This is one of the true classics of low budget horror, complete with all the needed elements, all done with minimal resources. As directed by Frank Henenlotter (Brain Damage, Frankenhooker), Basket Case is a seedy, blood soaked movie and it hasn’t lost an ounce of appeal, even decades after it was created. Henenlotter and his crew must have used every last cent to great ends, as Basket Case has some great special effects and of course, some not so great special effects. Even so, Belial looks terrific most of the time and the gore scenes work well, some look fantastic, I think. You can tell this was made on a tight budget of course, but that is part of the reason it is so impressive, since it still delivers on all counts. The street scenes are so sleazy in visuals and feel, it almost makes the other scenes a relief, at least until Belial decides to slash his victims in half or what not. Image’s high definition release offers the definitive home video edition of Basket Case, hands down. As such, I highly recommend Basket Case to all those interested and since this disc is so cool, a purchase is a no brainer.

Basket Case is presented in full frame, as intended. This is a welcome improvement over the standard release, but of course, the film’s source limitations are evident. But the movie looks great here, more refined and detailed than ever before on home video, so fans should be satisfied. I also found colors to be more natural, contrast more consistent, and in the end, the upgrade is more than justified.

The original mono track is used here and while it won’t turn heads, it more than handles this material, I think. The basics come across in fine form and no serious errors surface, which is about you can ask for in this case. The music and sound effects are as effective as possible given the age of the material, plus the limits of mono, of course. No problems in terms of dialogue either, as vocals remain clean and at a proper volume from start to finish. This might not be a dynamic track by any means, but given the nature of this material, no one should be let down.

The main draw is an audio commentary with director Frank Henenlotter, producer Edgar Ievens, and actress Beverly Bonner, who supply a terrific session. I always like to hear from Henenlotter, as his passion for film is massive and he loves to discuss his own efforts, of course. Bonner and Ievens also chime in at times, but Henenlotter is the focal point and if you ask me, that’s good news. More of Bonner can be seen in the included clips from her television show, Beverly Bonner’s Laugh Track, which provide some humorous moments. A selection of outtakes and behind the scenes footage is also seen here and I am very glad, as you don’t often get the chance to see this kind of material, to say the least. A video short titled In Search of the Hotel Broslin is found here also, as well as two radio interviews with actress Terri Susan Smith. This disc also contains some exploitation artwork, two radio spots, a television spot, and two theatrical trailers. 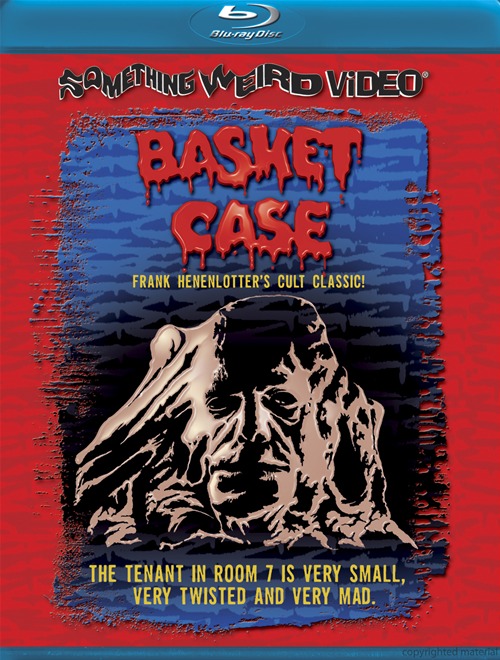