Waaaaay back in December of 1996, I was still in college (but thankfully seeing the light at the end of the tunnel) and still the movie buff then as I am now. Beavis and Butt-Head was a staple of MTV, which at the time, still played music videos. There was a two to three year span in which the duo were literally everywhere and there wasn’t a damn thing anyone could do to escape them. Dumb as stumps, the duo was the spokespeople for the MTV generation at the time and wouldn’t you know it, no one really thought there was anything wrong with that. As any fan knows, the series started out as a series of shorts on MTV and was created by Mike Judge, better-known for directing the cult classic Office Space. Judge voiced both Beavis (the blond one) and Butt-Head (the other one) and it catapulted him (Judge) to instant stardom. But enough about that…after a few years on the small screen, Beavis and Butt-Head Do America premiered and was a financial success for Paramount. Here’s what to expect…

In typical fashion, the plot of the 80 minute movie is so simple that even Beavis and Butt-Head could understand it (well, after having it explained to them four or five times). The boys seemed to have dozed off while watching their beloved television and it was stolen. Their goal: get it back. As they make their way around town, gathering clues, they run into Muddy Grimes (voiced by Bruce Willis) who leads them to believe that they’ll not only find their television but also be able to “score” with his wife, Dallas (voiced by Demi Moore – back when the two were still married). Naturally Beavis and Butt-Head love this as they’ll get their set back and, of course, huh huh huh huh, score! The movie follows the two on their adventure as they manage to ruin the Hoover Dam, party in Las Vegas and cause commotion along every step of the way. Yes folks, this is what movies had come to…ain’t it great!

As of this writing, the Blu-ray format is now a decade and a half old. I have no idea why this (and many other) films have yet to grace the format, while we’ve got multiple versions of other films out there. Nevertheless, this is a better visual effort than the DVD. Granted, this doesn’t hold a candle to some of the newer animation movies out there as this movie (and the television series that preceded it) were all “classic” animation, meaning that they were hand-drawn. Colors are very strong and vibrant and though the movie is ten years old, it’s hard to tell. For those wanting the ultimate Beavis and Butt-Head experience, this is about as close as you’ll come.

The Dolby Digital 5.1 mix from the DVD has been supplanted by a DTS HD Master Audio version. That might sound like a big difference, but in all actuality it’s a modest improvement. I will add that there is a night and day difference between the television show and the movie and this 5.1 soundtrack is the thing that impressed me the most. Dialogue is very clean, you get to hear every snicker that B and B have to offer. The movie, obviously, sports a very good soundtrack and a few of the songs are played in full 5.1 during key points of the movie. If Beavis in Butt-Head in DTS HD Master Audio is what you were after, the wait is over.

Yes, it’s been a quarter of a century since Beavis and Butt-Head have been on the big screen. There’s likely a generation that doesn’t know anything about them or how influential they were. I have no idea why it’s taken this long to get the movie on Blu-ray, but here we are. The wait is over. The video is improved as is the audio (a bit) with the same supplements from the special edition. If you really want to parse out all DVD’s from your collection, then I’d suggest to pick this one up. But with nothing really “new” here, it’s a tough call. 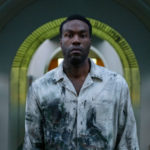 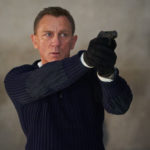