Having been a fan of film for quite some time now (four decades and counting), there are some that have slipped through the cracks. Yes, believe it or not, I’ve not seen every film ever made (I don’t know if it’d be possible). I recently made a list of 10 films from the 90’s that I’d not seen but was going to make an effort to do so. Though the original Candyman wasn’t on that list, my wife and I decided to watch it. She’s a sucker for scary films and I figured it’d check a box off my list. I’d heard of the movie, of course, and a bit about the sequels, but as I mentioned – it just slipped off my radar over the years. With this reboot/sequel (or whatever they’re calling it), one doesn’t necessarily have to have seen the original though it might help. And for those astute viewers out there, yes there are some not so subtle callbacks from the 1992 classic. What’s his name? Go ahead, say it five times…I dare ya.

Anthony McCoy (Yahya Abdul-Mateen II) is an artist in Chicago trying to make a name for himself. His idea is to address gentrification, though the local gallery owner isn’t too keen on this approach. He prefers something more “stereotypical.” Anthony abides and goes in a more predictable direction and uses the Cabrini-Green housing project (featured prominently in the first) as his muse. While doing some research he meets William Burke (Colman Domingo) who tells him the myth of Candyman and the graduate student, Helen Lyle (Virginia Madsen, from the original) unleashed him years earlier. Anthony becomes fascinated by this and tells his girlfriend, Brianna (Teyonah Parris) about it. She playfully says the name five times and as anyone knows, this summons the killer. Bad things follow, though it oddly raises Anthony’s profile in the art world in the process.

Having now seen the original film as well as this one, I can say a few things: I don’t find them scary. And I liked the original better. The original just seemed to have more of a sense of meaning to it whereas this one just wanted to capitalize on the original’s legacy. I could be wrong, but that’s the way I see it. Secondly, I get that we’re living in a different time from when the first one came out. It’s been nearly three decades and times and times in America have changed. There are only two white actors in this one and there’s nothing wrong with that, but the movie seemed to force current racial issues down our throats. Do we really need a gay interracial couple prominently featured (who really had no impact on the film’s plot)? I guess the filmmakers thought so. Having said that, I was a fan of the film’s look and feel. Candyman might not be everyone’s cup of tea. I didn’t find myself losing any sleep after having seen it, but I’m sure there are those out there that did.

I’ve not seen any of director Nia DaCosta’s films, but after viewing Candyman I might have to check them out. I love the way a lot of the scenes in this movie are filmed. They’re unique. I’m speaking of attaching the camera to a steady cam and driving along the streets of Chicago looking at the buildings from a different perspective (you’ll know if you’ve seen it). The movie has a very modern feel to it, from the interior of the apartments to the art galleries and everything in between. The 2.39:1 AVC HD encode showcases all of these “museum-like” scenes in a great-looking transfer. Detail is off the charts. And that’s not the best thing when a man’s hand is rotting off from a bee sting. There’s a darker element at play here – don’t expect a lot of bright and sunny shots. Contrast is, as expected, strong and consistent. This is yet another shining example of a new-to-the-format disc looking pristine.

Thankfully you don’t have to pony up to the 4K disc to garner the benefits of the included Dolby Atmos soundtrack. It’s a bit difficult to describe, but this section is dedicated to me doing just that so I’ll say that this, in one word, is immersive. There are other mixes out there that are more in your face, but this one has a subtle ambiance that seems to flow around the viewer. I caught myself turning my head several times. Vocals are pure and crisp, as we’d expect. Sound design is on full display here. This is proof that less can be more, but this does kick in when and where needed.

There’s no denying that Candyman both looks and sounds amazing. Having just recently viewed the original and now this, I think I still prefer the original. This one seemed to be more of a setup for a sequel (and most likely a trilogy). Still, it was just eerie enough to hold my attention. Universal’s disc excels on technical merits and has enough supplements to warrant a purchase. 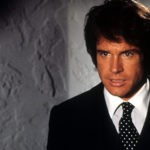 Heaven Can Wait (Blu-ray)
Next Article 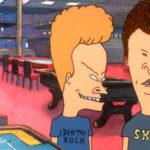