I remember seeing the ads for The Birth of a Nation and thinking it’d be a sure thing. Not that this is my particular sort of film (it’s not), but the buzz seemed to grow less and less and the film was all but forgotten by the time it arrived in theaters. All was fine until controversy involving the Director/Writer/Actor Nate Parker. A 1999 rape accusation was brought back to light and that did more harm to the film than good. The Box Office results were poor and the reviews were good, but not great. They say no publicity is bad publicity, but surely when the Director is accused of rape, that causes only harm, not good. Regardless, if you’re able to separate that from how you feel about the film is entirely up to you.

The film will likely draw memories and comparisons to 12 Years a Slave. I didn’t particularly care for that film, and Nation doesn’t fare much better. We begin in the 1800s where we see a young Nat Turner. We follow his life growing up as a slave into adulthood. Nate Parker stars as the adult Turner and Armie Hammer plays the slave owner, Samuel Turner. Nat is hired by Samuel to help calm the other slaves. Turner goes along with this, but we see that he’s slowly builds towards a rebellion. That’s really what we have in terms of plot, but Nation makes it point to show who the enemies are and drives its violence home. Your mileage will vary, but I got the point early on and just sat there ready for the film to end. Sometimes films of this sort can feel preachy and heavy-handed and indeed that’s what happens here. That isn’t to say the film is a total loss. It will likely appeal to a certain audience, but it did little for me. Its fine on a technical level as the acting is top notch and cinematography is nice as well. The last half of the film cranks the violence up quite a bit as well. Again, your mileage will depend on how tolerant you are of it. I didn’t mind it since the point was to let us know the harsh reality, but it did become a bit much at times. There’s even a decapitation which might be over the line for some. Ultimately, Nation didn’t appeal to me, but there’s an audience for this sort of film.

New movies to Blu-ray (and in this case, 4K) have us spoiled. Why? They all look pretty damn good. And while the transfer is mostly satisfying, some of the darker scenes are a tad problematic. There’s a bit of softness here and there, but overall, it wasn’t a deal breaker. Details are nice and colors are otherwise strong in a majority of scenes. The 2.40:1 HEVC image looks the part and does look superior to the Blu-ray (also included in the set), though either version chosen will provide a suitable picture.

Both the Ultra HD and the Blu-ray contain a DTS HD track that’s good, but not great. It became more involving during the last half of the film as the action took over, but felt a bit more limited than I would’ve liked. Still, it’s more than serviceable and should satisfy most causal audiences.

Nation seemed to come and go and flew mostly under the radar. The likely culprit is the renewed publicity of the allegation against Nate Parker. That aside, the film still did little for me. There is indeed an audience for this sort of film, and if that is you, then you’ll get more from the film than I did. 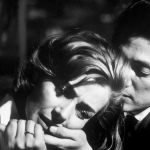 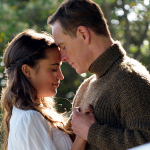