I am a big fan of the Criterion Collection. In particular, I am a fan of their French New Wave films. I have watched a lot of Godard, Truffaut, and their counterparts, so I found myself curious about the works of Alain Resnais. I was first introduced to Resnais a few years ago when I sat down and watched his excellent documentary on the Holocaust, Night and Fog. That film was enough to keep me away from his other works for a while, and anybody who has seen it will understand why. When Criterion released his film Hiroshima, Mon Amour, I overcame my fear and jumped right in.

Hiroshima, Mon Amour centers on an unnamed French woman and unnamed Japanese man. They call each other the name of their respective home cities: hers is Nevers and his is Hiroshima. The man and woman carry on a brief affair with one another in post-war Hiroshima over a day and a half. She is an actress and he is an architect. Both characters are married to other people. Over the course of their time together they eat meals, lie around, make love, and discuss their past in relation to the war. Both of them have been impacted by their experiences in the war, and the film explains what the war took from them.

Hiroshima, Mon Amour is not similar to any of the other New Wave films, and is not really looked at as part of that movement. The sole reason I say that is because Resnais seemed to be trying to make something that was much more serious and far less cinematic than auteurs like Truffaut and Godard. Resnais seemed to care very little about being cool. The filmmaking language it uses is experimental, especially in the first fifteen minutes of the film when the characters are discussing memory via voiceover while the film shows imagery that corresponds to the discussion. This tactic seems to have influenced Terrence Malick who uses a similar approach in his films.

Essentially, the love story in the film is not really what is trying to be relayed to the viewers. This is really just a clever way for the viewer to become intimate with the harsh realities of the war. On his side we experience the agony of losing loved ones to a nuclear war. On her side, we experience the sadness of losing a lover to the war. To make it more global, they chose to have her lover be a Nazi. Through the stories they tell, the war is humanized and the senselessness of that much death becomes apparent.

I can understand why this film is considered to be a masterpiece. The score by Giovanni Fusco with flourishes of Georges Delerue is excellent. The acting by Emmanuelle Riva and Eiji Okada is spot on. The direction by Resnais is well done. That said, the film is not incredibly enjoyable due to the serious subject matter. It is a movie that deserves to be seen and will stay on your mind long after viewing, but I am not sure that I recommend purchasing it prior to renting it simply due to a lack of replay value for anybody except the most militant of cinephiles.

Criterion have provided a brand new transfer from a new 4K scan of the original 35mm print, and it really shows. Cinematography was done by Michio Takahashi and Sacha Vierny. As is usual with black and white films, the shadows and light play wonderfully and I could not have been happier with the end result. The dark levels are spot on. The imagery of Hiroshima and the bright blinking lights of the rebuilt city are very striking. The transfer is similar to the work that was done on Sweet Smell of a Success and should leave fans very pleased.

imilar to the video, this French LPCM mono track is very high quality. There is nothing bad to report whatsoever in this department although dynamic range is limited as you would expect. Dialogue is incredibly clear and crisp and the score by Giovanni Fusco and Georges Delerue is unique and wonderful. This track was so far ahead of its time that it easily could fit in with some of the work done by composers like Jon Brion. Even though the track is pretty reserved, there is a lot to enjoy here. Audiophiles are going to enjoy this track.

Hiroshima, Mon Amour is a classic film, but some people will be thrown of by its serious subject matter. I am going to give it high marks due to my opinion of the film and of the fantastic care that Criterion has given this project, but I suspect that replay value for this title will be limited. For fans of the film, the supplementary materials are interesting and well done. I can’t imagine a better looking version of this film in any near future. 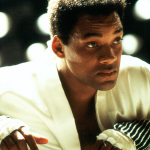 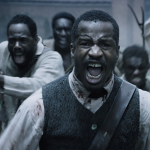