There’s just something about dolls that can be so downright frightening. Maybe it’s the close resemblance to an actual person, or the glass eyes that you’re just waiting for to blink. Regardless, they tend to freak me out. I admit that I’ve grown more than a little tired of what the horror genre has to offer. The last horror flick that truly frightened me and got under was skin was 2008’s The Strangers. I appreciated the scaled back approach and the resistance to expose the masked killers. The fear of the unknown is much more terrifying than needless exposition (a common problem with many recent horror flicks). Turning to The Boy, it takes a similar low-key approach that actually really works in its favor. In no way is this film a modern horror classic, but it gets the job done while still providing some worthwhile scares.

Greta Evans (Lauren Cohan) decides to escape and abusive relationship takes a job as a nanny in a secluded house for an elderly couple. The couple won’t be there, but they do have firm (and somewhat strange) instructions for her. Their boy, Brahms (who is actually a doll) has a set of rules that she must follow precisely if she wants things to go well. We’re told that the real Brahms died in a fire many years before, and other nannies were rejected. While she keeps in contact with her sister, she’s mostly to herself. That is until she meets Malcom (Rupert Evans) who is a local grocer and brings her food and what not. The two of them eventually grow closer. It doesn’t take long for Greta to begin hearing stranger noises and odd behavior around the house. Is Brahms possessed? Is there something more sinister going on? Maybe it’s a supernatural force. Whatever it is, The Boy did a great job at keeping me guessing. I’ve come across other reviews mentioning that they saw the twist coming early on. Not me. I really had no clue what the big reveal would be. Without getting into spoilers, I have mixed feelings on it. On one hand, it’s a bit more realistic to this world, but on the other, it might underwhelm some. This is certainly a film that’ll benefit from a second viewing where we can put the pieces together a tad more. All things told, The Boy gets the job done.

We get a solid transfer here which should come as no surprise since the film is so new. Colors are nice and smooth, details strong and the print pristine. Many will likely pay close attention to the doll looking for even the slightest bit of movement. Black levels are deep with no issues either. The transfer will satisfy fans of the film.

We get a worthy DTS HD track that provides strong vocals and good effects throughout. The rear channels get some good usage and really enhance the film’s mood at times. You might find yourself looking behind you on a few occasions. The bass kicks in strongly at times as well.  All in all, fans will also be pleased with this track.

Oddly, this comes to Blu-ray as a bare bones release. Not even a trailer has been included.

Nicely paced and greatly understated, The Boy isn’t perfect (the ending does have issues), but it gets more than enough right, and is a good change of pace from more recent horror flicks. There’s just something creepy about that doll that gets under the skin. The film comes recommended. 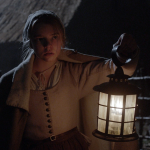 The Witch (Blu-ray)
Next Article 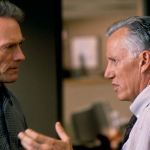