I’ve always loved Clint Eastwood. He’s one of the few that has made the leap from actor to director and seems to have done a fine job of it. Back in 1999, just a few years after he snagged Best Director for 1992’s Unforgiven, he had a stream of films that were all fairly well-received. He and Meryl Streep starred in the much anticipated The Bridges of Madison County and he followed that up with the political thriller Absolute Power. To end the decade, Eastwood took a page from the headlines and the film was aptly-named: True Crime. Taking a step backwards, I’ll come out and say that true crime (not the movie title, the genre) is a big deal. My wife loves it and there’s an entire channel (two, actually) dedicated to re-enacting notable criminal acts. It must be addictive (to watch, not commit). Nevertheless, this movie preceded those channels and we’re faced with Clint Eastwood’s point of view.

With the clock ticking death row inmate Frank Beauchum (Isaiah Washington) awaits lethal injection for a murder he says he didn’t commit. A black man with a troubled past identified by two white witnesses and a pregnant white store clerk shot dead with him standing over the body…doesn’t look good. Enter Steve Everett, (Clint Eastwood) a reporter who has a nose for booze and women and at one time a good story. Assigned the interview with Beauchum he does a little digging into the case and in just a few minutes he feels something just isn’t right. With broken promises to his young daughter and his marriage crumbling, Everett continues his investigation and after interviewing Beauchum and his wife he believes that Beauchum is innocent. Everett has less than 6 hours to prove his hunch that all the detectives, defense investigators, prosecutors, judge and jury were wrong.

There’s nothing particularly wrong with the film, all of the leads are great and I’d actually forgotten that Dennis Leary and James Woods started in the film. I tend to remember Woods from his earlier work and for some reason the only movie I can place Leary in is the remake of The Thomas Crown Affair. Still, he’s in this film and does a fine job. While the subject matter is right out of the tabloids, it does tackle some greater issues. In a few years Eastwood would go onto deliver his “one two punch” with 2003’s Mystic River and 2004’s Million Dollar Baby for which the film won Best Picture and Eastwood another Best Director statue. While not on par with those films, this little unforgotten gem from the late 90’s is a good popcorn movie, for sure.

Somewhat breaking convention, this is presented in a 1.78:1 AVC HD transfer whereas most all of Eastwood’s other films are shown in a wider “scope” of 2.35:1 or 2.40:1. Nevertheless, this has gotten some love from Warner and it shows. The colors seem more saturated, the detail improved and the film has more of a veneer that gives it a more polished look. Some grain does persist, but it’s ok and considering the theme of the film – it actually works in its favor. It’s a nice effort for a catalog title.

This DTS-HD Master Audio mix may not light up your system, but it does manage to get the job done and done well. Dialogue is crisp and clear, Eastwood’s gritty voice resonates through the center channel. There are a few directional effects, such as a car crash and a few bullets fired, but by and large this is a front heavy mix. The surrounds are used for a few scenes with some ambiance. I noticed no distortion and feel that this is a fairly noticeable step up from the previous Dolby Digital track found on the DVD.

This may not go down as one of Eastwood’s better films, but it’s got a solid cast with Dennis Leary, James Woods and Clint Eastwood all commanding respectable performances. The Blu-ray looks good with a fairly impressive soundtrack. The extras are ported from the DVD, but it’s nice to have them included all the same. 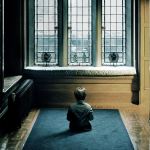 The Boy (Blu-ray)
Next Article 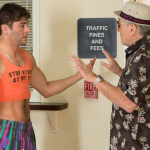