Standing at a towering 6 foot 5, Vince Vaughn can be more than a little intimidating. Let’s be honest, he does have a very stern look at times. He’s played a villain before in films such as Starsky and Hutch and the forgotten Domestic Disturbance, but this film really lets him unleash. Here he sports a shaved head with a cross tattooed on the back of his head. It’s a thankless performance from Vaughn who shows off some serious acting chops here. I thought I knew the direction this film would go, but boy was I wrong. It really made an impression on me, especially with some of the violence in the last act. To say things get intense would still be an understatement. Let’s take a look.

In Cell Block 99 Vaughn plays Bradley Thomas. As the film opens we see that he is a tow truck driver, but is let go due to business being bad. He arrives home and learns that his wife, Lauren (Jennifer Carpenter) has been cheating on him and using drugs. After a brief meltdown in which he destroys her car, he goes inside and the two agree to work through it. His friend Gil (Marc Blucas) sets him up with a job, one that’ll eventually put him behind bars. He’s to move drugs for Gil, but there are complications which results in a shootout with the police, and Bradley getting arrested.  His wife is pregnant and Bradley has been sentenced to seven years behind bars. It takes a good chunk of the film before Bradley is even arrested, but that still isn’t the last plot element Cell Block throws at us. I don’t want to reveal too much, but a situation arises in which Bradley learns he must be transferred to a maximum security prison and kill another inmate. It’d be easy to see the posters and cover for this film, or read the synopsis and think you know where it’s headed. That would be incorrect as Brawl goes in some very unconventional directions. The main character gets himself in a pretty serious predicament, one in which I seriously questioned the outcome for him. I’ll say no more in regards to the plot to keep it fresh for viewers.

It’s rare (especially these days) that a film has a huge effect on me, but Brawl in Cell Block 99 certainly did. I wasn’t aware that the violence would get so intense and make such an impact. Words can’t do it justice, but heads are kicked in, one is severed, a man’s face is kicked into the floor before being turned over to reveal the bones underneath his flesh. Yep, intense stuff indeed. It might be a little too much for some, and understandably so, but you can’t fault a film for being extreme. I like the way the plot takes its time to develop and not rush into things. It’s very deliberate in transitioning from one scene to the next. When it’s time for Bradley to step up and take care of things, we really feel that rage as this character really has no other choice. It might not be something I need to revisit any time soon, but I’m glad I saw it. I haven’t even touched on all the performances, but Don Johnson turns in strong work as the prison warden as well. Check it out.

We get a strong transfer that I noticed from the opening moments. The print is clean and the background shots reminded me why I love the HD format so much. I did feel at times that this wasn’t as bright as I might’ve anticipated, but that could very well be intentional. With Vaughn having a shaved head, we can clearly see where his natural hairline starts and there’s plenty of blood splatter here. Colors and details remained consistently strong throughout. The image is AVC encoded with a 1.85:1 ratio.

A pretty strong DTS HD track is included as well. The action scenes work fine, though some of the vocals had me turning the volume up a bit. They’re never problematic, but could’ve been clearer. Background channels stayed active, especially during the second half. The track stayed reasonably busy as the film has plenty of action. Fans will be pleased.

I really enjoyed Brawl in Cell Block 99, though it caught me largely off guard. The story is well paced and has a few surprises. We get Vaughn front and center with one of his stronger performances. Just be aware: things get quite violent in the second half. The violence is unflinching and will shock some. If you think you can stomach it, Brawl comes recommended. 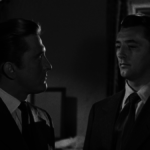 Out of the Past (Blu-ray)
Next Article 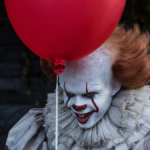