I have been a fan of Robert Altman movies since watching M.A.S.H. at a young age with my mom and dad. I remember having trouble pinpointing what I enjoyed so much about his films. That feeling would occur numerous times as I got deeper into his catalogue of films. One thing that remained constant with Altman’s films was his willingness to try new things. Not every single one of his films resonates with me, but he hit more often than he missed. My favorites are McCabe and Mrs. Miller, Short Cuts, M.A.S.H., The Player, and The Long Goodbye, but he was such a prolific director that there are still numerous more films for me to discover. When I saw the news that Warner Archive Collection would be releasing Brewster McCloud on Blu-ray I was thrilled to get a chance to check it out.

Brewster McCloud (Bud Cort) lives in the Houston Astrodome. Brewster dreams of flying like a bird and studies birds in order to create a flying machine based off of some drawings by the Wright Brothers. For work he drives around a rich paraplegic named Abraham Wright (Stacy Keach) who rides around inspecting people’s books and demanding money from them. Meanwhile, Det. Lt. Frank Shaft (Michael Murray) has flown into Houston to investigate a string of stranglings. One of the victims was Daphne Heap (Margaret Hamilton) a rich woman who sang at the Astrodome regularly. Another victim is a narcotics officer that tried to extort a camera away from Brewster. Is Brewster the strangler? Why do all the victims have bird shit on them? Does Brewster have a guardian angel? Will Brewster fly? Why do all the women want to take Brewster’s virginity?

This is easily one of Altman’s strangest and most experimental films. It is basically a series of light comedic scenes that are all absurd and surreal with a loose framework of a plot to tie them together. Many have praised the film and just as many were confused by what they saw. I personally was confused by the proceedings for the most part but was equally amused. There is no denying that this film is completely off the rails. Here are just a few things that stick out about the film:

The narrator of the film is giving a lecture on birds and begins to personify a bird more and more as the film progresses. Are the characters personifying birds with their actions? The film is bird obsessed and features license plates that feature the words DUV and OWL (possibly more).

Shelley Duval is in the film as a race car driving tour guide. This leads to an extended car chase through Houston that seemed like a nod to Bullitt.

The film has one of the funniest and strangest sexual interludes I have seen in a film. When you see it, you will know it.

These are just a few takeaways from one viewing of the film. I honestly feel like this movie is one of those that will get better and better with each viewing. Altman was making a film that is visually strong, narrative weak, and symbolism heavy. I just could not figure out what any of the symbols meant.

Taking the plot out of the equation there are some solid aspects to the film that are undeniable. The direction and cinematography of the film are top notch. The movie looks and feels like peak Altman. The finale of the film is easily one of the most visually striking sequences arhat Altman ever filmed. That sequence alone is worth the price of admission. Bud Cort, Shelley Duvall, and Sally Kellerman are all great to watch in the film. I wonder what they thought of the script when they read it!

At the end of the day this film is unlike anything else out there. It is a surreal film with some dark comedic aspects that will leave the audience with numerous questions and few answers. Whether the film tickles you or drives you crazy will come down to what you expect from the film. For myself, I enjoyed the film but maybe not as much as some of Altman’s more straightforward attempts, but I am certain I will watch it again in the future to get another take on it. For now, I would give it a solid “B” for originality. Will it improve to an “A” on a second or third viewing? Not sure, but I am glad that I will be able to find out in the future.

Warner have done an excellent job on the restoration of the film with a new 2K scan from the original elements. Presented in 2.401 aspect ratio with an MPEG-4 AVC encode, the film looks pretty great. Altman directed with these wide angle shots that allow you to take so much in. I felt like I had visited Houston by the time the film’s credits rolled. There is a fine level of grain and occasionally the grain can become apparent. This is not that uncommon on Altman films and does not detract from the overall experience. I feel like I can safely say that this is the best the film has ever looked.

Warner have provided a great DTS-HD MA 2.0 track. The film has a fun soundtrack that ranges from soul and funk to acoustic strumming. The songs in the film feel like part of the bigger story and propel the action of the film forward. This track gives the soundtrack wide enough berth to really be enjoyed. Fans should be pleased.

Brewster McCloud is easily one of the most experimental films that Altman made. I am having trouble figuring out if this film is an unhinged masterpiece or just unhinged. Regardless, the film kept me intrigued and had some solid laughs. The final scene of the film is visually striking and technically impressive. Altman is one of my favorite directors and I have no idea what this film was seeking to achieve. Regardless, it will stay a memorable experience. I have a feeling that this film will offer more and more on repeat viewings. For now I will give this film a “B” grade, but repeat viewings will probably increase my opinion of the film. As far as Altman films go, this is definitely not the starting point for viewing his films. For Altman fans, it is great to have this film on Blu-ray. WB if you are reading this, give us more Altman! 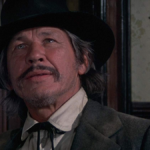 From Noon Till Three (Blu-ray)
Next Article 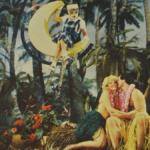