With an obvious desire to follow in the footsteps of Animal House, National Lampoon’s Class Reunion just doesn’t work. It’s a lame comedy that just sits there. We sit there too just waiting for it to take off and for the laughs to begin, but they don’t. It’s a busy comedy with many characters, but there just isn’t much actually happening. The basic premise which involves a ten year reunion where classmates are killed off by a deranged alum just isn’t amusing. If we even remotely cared about the characters would be one thing, but they’re so annoying and unfunny that we don’t care what happens to them. Still, if they were likeable, the concept wouldn’t really work. The film wants to be a sort of thriller/comedy hybrid, but the elements just aren’t there.

In 1972, a cruel prank played by some high schoolers sends a deranged student to a mental institute. Walter Baylor (Blackie Dammett) is the student in which the prank was played on. Just as the 10 year reunion is about to happen, Walter escapes from the mental institute. It doesn’t take long for the students to realize that several of them are starting to disappear. Walter is killing them one by one. That’s about all you’ll get in terms of plot. There are a lot of scenes of characters catching up with each other and some lame jokes spread out. We get many scenes of characters simply standing around waiting for something to happen. There are some musical bits as well, including Chuck Berry. All these really do are pad out the running time. I didn’t laugh or even smirk a single time. This is an unfortunate case of a film just not working.

In 2004, we got the film Club Dread which had a similar premise of characters being picked off one after another. While not a classic film, it did at least provide the thrills and the laughs. At least enough to justify a viewing. That film had the horror elements, but the comedy came first. It also had the audience wonder who exactly the killer could be. So in many ways we were invested in the plot to some degree. I think the problem here is the script (by the late John Hughes) just doesn’t work. Hughes would go on to write and direct some great films. I don’t know what he was thinking here, but the film is more irritating before anything else. It’s hard to imagine anyone genuinely caring about the outcome of the whole thing. I’d say more, but I think I made myself perfectly clear: This film is a dud! Skip it!

The back of the case mentions this being a new HD master from a 4K scan of the original camera negative. That may very well be, but the image was just decent enough to these eyes. It certainly looks fine, but there was nothing that stood out to me as particularly clean or fresh, if you will. I had never seen it before, but the results should please the fans of the film, if they even exist. There were some traces of grain on more than a few occasions, but this is likely the best the film has ever looked and ever will look. The image is AVC encoded with a 1.85:1 ratio which seems pretty common with most comedies of the time.

The DTS HD track is about on par with the video. It’s neither great nor terrible. It’s about as I expected for a film of this sort. The music kicks up things a bit and the vocals have a clarity to them, but don’t expect the most robust track out there. It works for the film at hand, though.

There’s no way around it, this film stinks. The premise itself isn’t funny, but the execution is worse. Really, a lot of the blame has to fall on the script. I’m a fan of the late John Hughes, but this one missed the mark big time. With dull and uninteresting characters, the film became a chose to sit through. The Blu-ray presents it nicely and has a couple of good supplements, but I really have a hard time recommending this to anyone. Skip it. 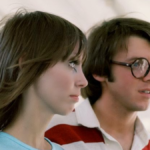 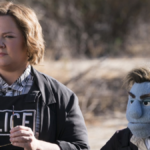